The three winners of the EU prize in Bosnia and Herzegovina received their awards on Wednesday at the EU Info Center in Sarajevo. 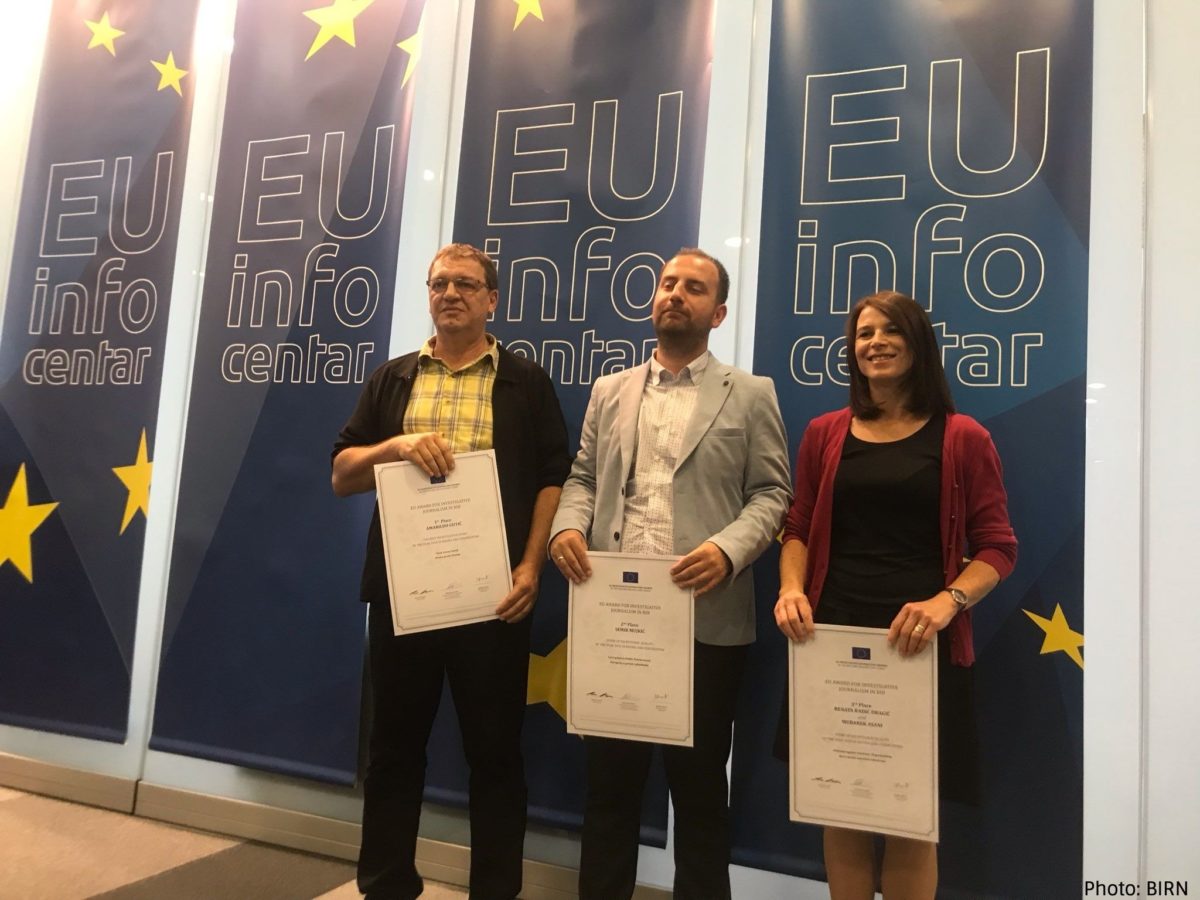 Amarildo Gutic won the first prize for best investigative story in 2018 in Bosnia and Herzegovina for his documentary The State against David, which reconstructs the last hours of the life of David Dragicevic whose unresolved death sparked major tension in the country.

In its summary of the award decision, the jury underlined that the author “transforms one personal and family tragedy into a story which convincingly speaks about pathology of institutions and the entire government”.

Speaking about the challenges of investigative journalism in Bosnia, Gutic said: “The most important thing is that you accept that this is what you are doing and have a newsroom where you can work independently but also as a team.”

“The significance of Mujkic’s investigative series is that it documents the misuse of public procurement through publicly available information,” the jury noted. 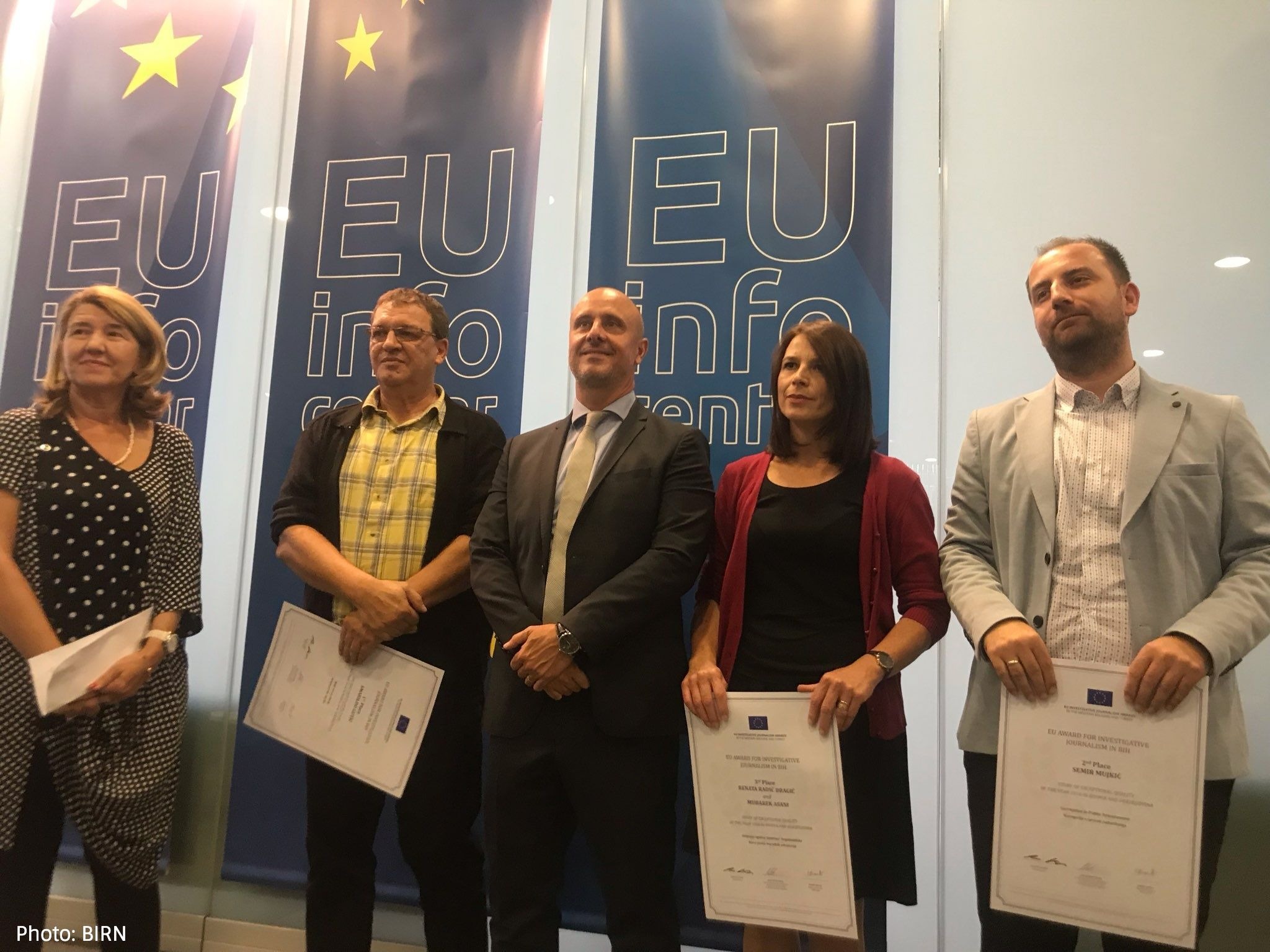 The jury, including Davor Glavas, as head of the jury, and members Vildana Selimbegović and Milka Tadic Mijovic, had a hard task evaluating the shortlisted applications.

Khaldoun Sinno, Deputy Head of the EU Delegation to Bosnia and Herzegovina, referred to the freedom of media and well informed public upon which every democratic society depends.

“Freedom of expression and freedom of media are part of fundamental values of the European Union which has been reflected throughout the recently published EC Opinion on BiH’s application for membership. This is a crucial element of BiH’s progress towards the EU and will be closely monitored on a daily basis as BiH progresses towards the EU”, said Sinno adding that only with strong, independent media and protected journalists BiH can progress towards the EU.

Selimbegovic, a prominent Bosnian journalist, emphasized that investigative journalism was especially difficult in Bosnia, as few media outlets could afford that kind of reporting.

“It takes a lot of time and resources for journalist to be dedicated to an investigative story,” Selimbegovic said. 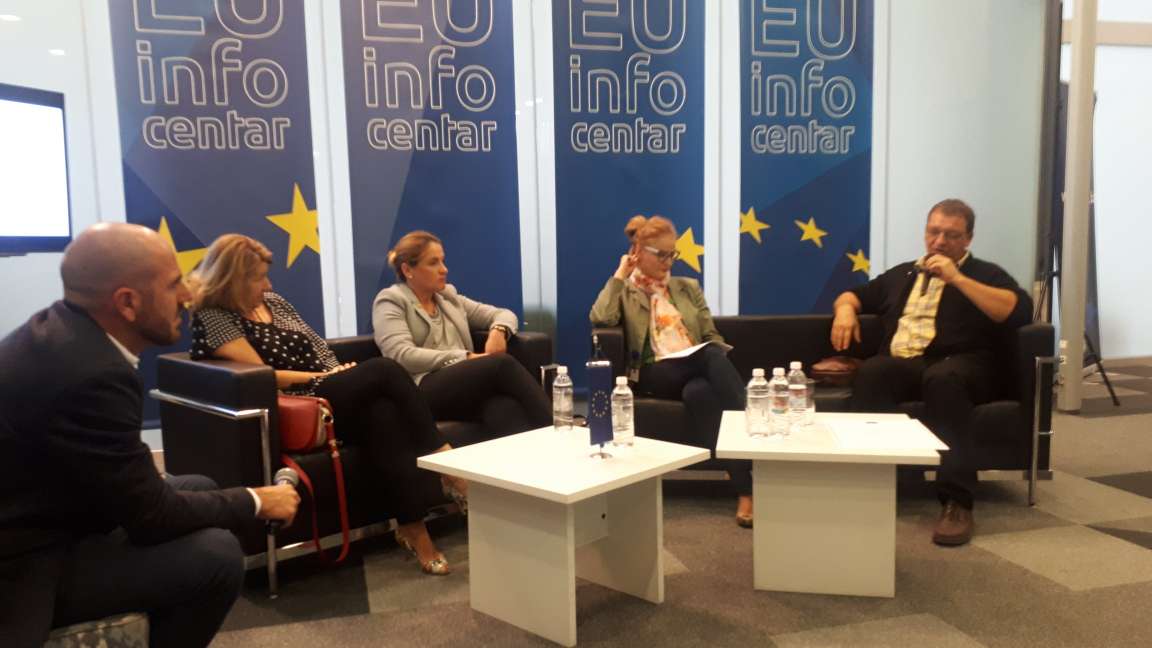 Following the awards ceremony, a panel discussion on investigative journalism took place including Selimbegovic, from Oslobodjenje, journalist Leila Bicakcic, from CIN, Jamila Milovic Halilovic, Head of Communications of EUD/EUSR, and winner of the Best investigative story for 2018 Amarildo Gutic from Zurnal.

The panel discussed the obstacles and challenges of investigative journalism, the lack of resources in news rooms, building cases and finding evidence in the complicated political climate in Bosnia and Herzegovina, and how political pressure affects journalists.

“As confirmed during the Western Balkans Media Days held in Podgorica from 2 to 4 September, the EU is aware of all the challenges that WB media sector faces and is firmly committed to continue supporting the creation of environment enabling free and democratic societies to fully flourish in this region”, noted Milovic-Halilovic.

The EU award for investigative journalism is awarded through the EU-funded project “Strengthening Quality News and Independent Journalism in the Western Balkans and Turkey” in 2019, 2020, and 2021 in the following EU candidate and potential candidate countries: Albania, Bosnia and Herzegovina, Kosovo, Montenegro, North Macedonia, Serbia and Turkey. It is for investigative stories published between 2018 and 2020. In total, 63 awards will be awarded over the three-year period.

The awards in Bosnia and Herzegovina are coordinated by BIRN Hub, and the regional consortium is led also by the Balkan Investigative Regional Reporting Network, the BIRN Hub.