BIRN Serbia, the Independent Journalists’ Association of Serbia and the Slavko Curuvija Foundation organised a debate on November 23 about the Ministry of Culture and Information’s new media strategy. 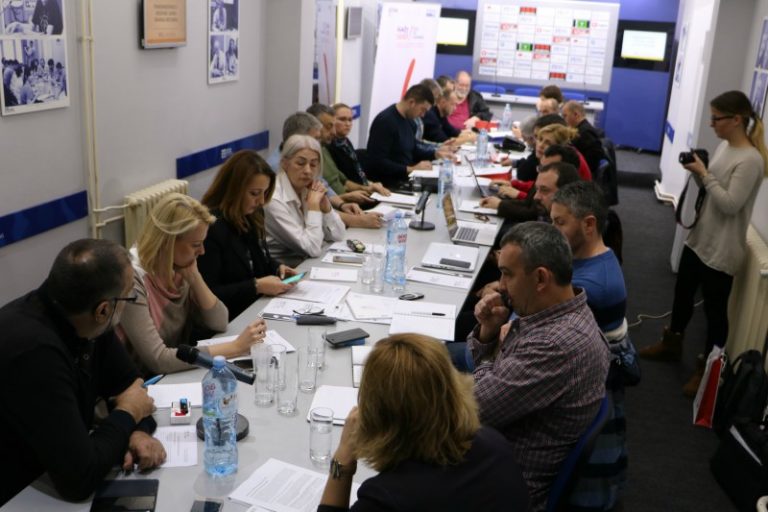 The debate in Belgrade brought together nearly 30 NGO and media representatives from the local and national levels.

After a delay of a year, the Ministry of Culture and Information has begun work on the media strategy, which should frame and strategically position the development of the Serbian media sector in the upcoming five years.

In the summer of 2017, the ministry assembled a working group to draft a proposal which could be publicly presented and discussed, before being adopted by the government.

But the working group has been dogged by controversy, recently culminating with four of its members quitting.

All the participants at the debate in Belgrade agreed that the new strategy must be fair across the media when it comes to awardeing financing.

Representatives of the media and journalists’ associations should be involved in the preparation of the new media strategy, the participants also said.

They argued that the existing media legislation is not bad, but the problem is the way in which it is used.

Tanja Maksic from BIRN Serbia said that the most important thing is that the Regulatory Body for Electronic Media (REM) must be an independent body.

“People who sit on the REM Council should be professionals. Political and state bodies should be excluded from proposing candidates for the Council,” Maksic said.

She also said that the new media strategy must ensure pluralism and a stable way of financing public media services.

Maksic argued that the strategy should envisage the creation of the state media financing registry and regulate public funds for the media as a free market development guarantor.

The debate was organized as part of the Public Money for the Public Interest project that BIRN Serbia is implementing with the Independent Journalists’ Association of Serbia and the Slavko Curuvija Foundation.