After BIRN Serbia reported on ruling party officials working illegally at the Medical College in the town of Cuprija, one of them, Aleksandar Martinovic, reported his income from the college, admitting he works there. 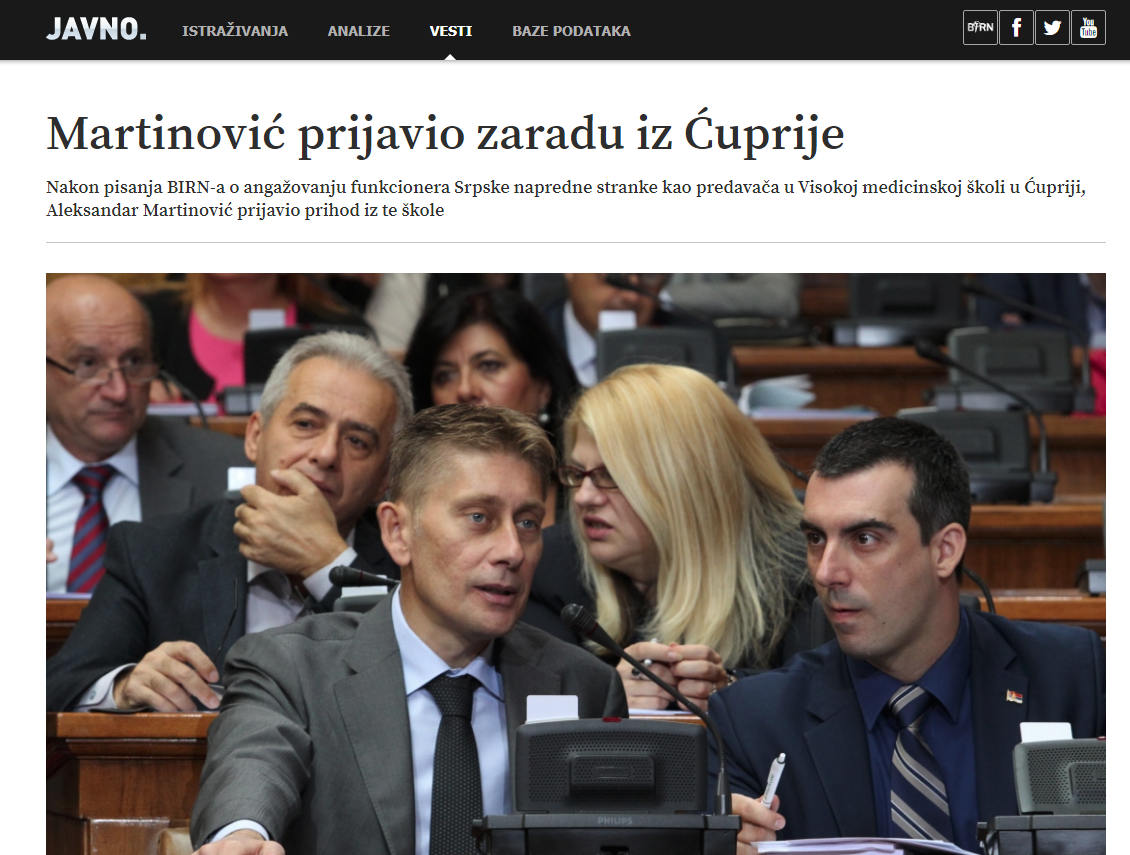 Аleksandar Martinovic, one of the officials from Serbian ruling Serbian Progressive Party who has an illegal contract with Medical College in Cuprija, as a Ministry of Education inspection has confirmed, reported his salary from the college to the Anti-Corruption Agency  for the first time after BIRN’s article was published.

BIRN Serbia published the article ‘Cuprija: Political Employment at Medical College’ on October 23 about officials from the Serbian ruling party who work at the college.

Several months earlier, BIRN asked the college about these contracts, but its director, Hristos Aleksopulos, responded that “everything is legal”.

An inspection by the Ministry of Education found that all the contracts are illegal and that the college is obliged to terminate them due to the lack of proper documentation for their employment.

However, two of them – Aleksandar Martinovic and Darko Laketic – are still on the Medical College’s list of teaching stuff for the new school year.

Martinovic, the head of Serbian Progressive Party’s parliamentary group, reported his salary as 60,000 dinars, with a start date of October 1, after BIRN’s report about him working at the college.

However, documents show that Martinovic has been working there much longer.

Beside his salary from the college, Martinovic has five more salaries from the state budget – a total of 264,000 dinars per month.

Another Serbian Progressive Party MP, Darko Laketic, reported his salary from the college for the new school year to the Anti-Corruption Agency, as he has for the past few years. However, Laketic is also among those whose contracts are to be terminated.

After BIRN published the report, there was a discussion in parliament about it, on the initiative of an opposition MP.

Martinovic and another member of the Serbian Progressive Party, Vladimir Orlic, who was also working at the college, rejected an official document from the Ministry of Education about their unlawful jobs.

At the same time as Martinovic and other Progressive Party members got their contracts, several employees of the college were laid off after their temporary contracts expired and were not renewed.