Some 20 international experts discussed approaches to rebuilding trust in journalism and alternative models of financing media on day two of BIRN’s digital media conference in Macedonia. 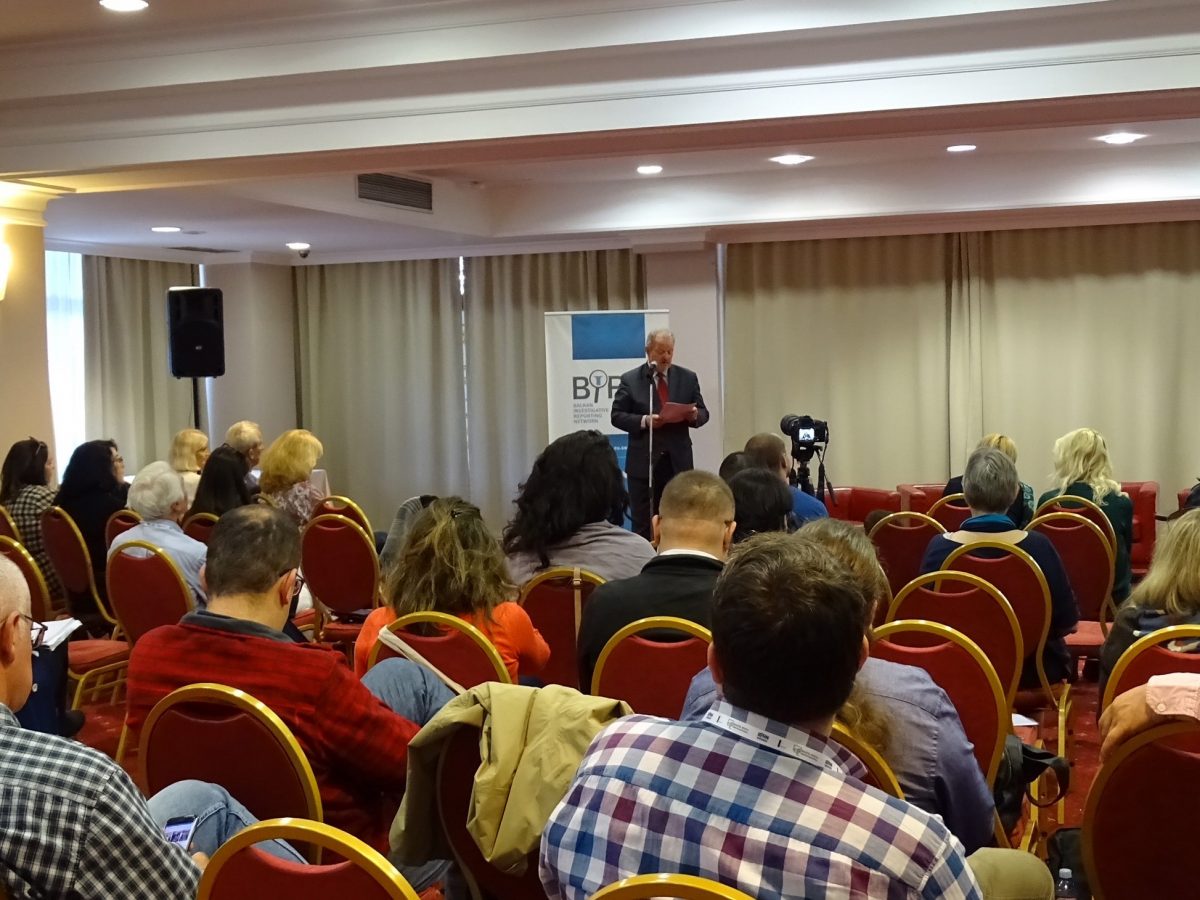 On the second day of BIRN’s international digital media conference in Ohrid, Macedonia, more than 20 experts took part in panel discussions and workshops exploring how media outlets can achieve sustainability in today’s digital world, focusing on trust in journalism and on its financing models.

The conference, titled “Digital media: Quest for Sustainability”, was supported by the Kingdom of the Netherlands, with Dutch ambassador to Serbia Henk van den Dool delivering the opening address of the day, stressing that “media literacy is crucial.”

He also highlighted the importance of holding an event to discuss the state of digital media at a time when, for the seventh year in a row, worldwide internet freedom is on the decline.

During the first panel of the day, journalists from around the region discussed the current lack of trust in journalists and the media, and the ways in which publishers are trying to rebuild it.

They were joined by Leila Bicakcic, the director of the Bosnian Center for Investigative Reporting, who also stressed that in terms of rebuilding trust in journalists, much of it comes down to the responsibility of the media itself.

“Lack of professional standards is an individual thing. We [media outlets] have to look at ourselves and how we can do better,” she said.

Meanwhile, Aleksandar Manasiev from Macedonian web portal Vidi vaka said that their focus on choosing underreported stories and combining them with short-form video production had extended their reach among the digital generation.

A special panel dedicated to marketing agencies was also presented, with the discussion focused on their role in working with digital publishers and promoting content online.

“The most important thing for us is to have media that publishes relevant and authentic content. Clicks are not enough,” said Ira Babic from Macedonian marketing agency Brand Union.

Leading a workshop during the event, co-founder of Dutch investigative outlet Follow the Money, Arne van der Wal, shared his belief that at a time when fast journalism is demanded, there remains value in taking time to produce quality content.

“It’s better to do one good story than five bad stories,” he stressed.

The two final panels of the day, wo other panels on how TV magazines can maintain editorial independence and on fact-checking concluded the day.

In the latter, Bardhyl Jashari, the Director of Macedonia’s Metamorphosis Foundation, stressed that the focus of their fact-checking is not on the media, but on the citizens to recognise propaganda.

BIRN’s conference ended on Sunday with a closing ceremony summarising the key points made over the two days prior.