Bosnian winner of prize for reporting on issues of regional dialogue and cohesion praised for tackling topical issue of foreign influences on Balkans. 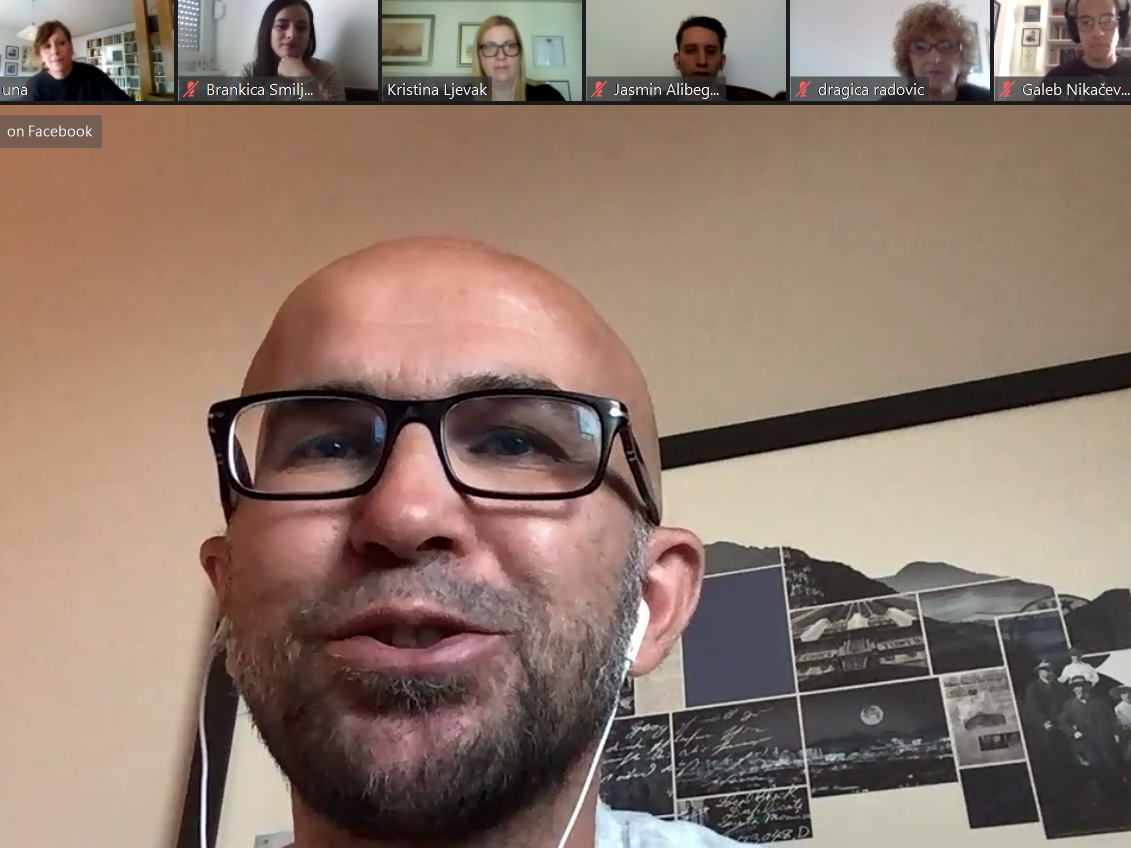 Mladen Obrenovic, a journalist with the Balkan Investigative Reporting Network Bosnia and Herzegovina, BIRN BiH, has won an award for his article on the Balkan Cossack army.

The journalistic awards were given at an online ceremony during a regional conference of the Dialogue for the Future, DFF: Fostering Dialogue and Social Cohesion in, and between, Bosnia and Herzegovina, Montenegro and the Republic of Serbia.

This year the jury consisted of three members, Kristina Ljevak from Bosnia, Lidija Vujacic from Montenegro and Galeb Nikacevic from Serbia.

Vujacic, an anthropology professor at the University of Montenegro, said Obrenovic had explored a topical issue from the political and ideological, and broader cultural, aspect, with his feature about foreign influences and their effects.

“Under Cossack Banner, Russian Ties with Balkan Fighters Strengthened” followed a group of pro-Russian Cossacks who call themselves an army and gather veterans of the wars in Bosnia and the eastern Ukraine in Balkan countries.

Obrenovic investigated the operations of this group in the Balkans, whose central organization in Russia  has the Russian President Vladimir Putin as its honorary chair.

Obrenovic said that he worked on this story for three months, adding it was a very demanding in some areas as it involved “a very deep digging through numerous secrets and many things whose actors did not want to see discovered”.

“Now, I somehow see this as an award for my work so far,” Obrenovic said.

The journalistic award for Serbia was given to Una Sabljakovic, whose story was the on institutional invisibility of women victims of sexual violence during the past wars, who, having experienced the traumas of war, have faced secondary intimidation and stigmatization during the subsequent time of peace.

Svetlana Djokic, the award winner for Montenegro, wrote her story about the transnational problem of organised crime with a focus on trafficking in human beings.

“Dialogue for the Future, DFF: Fostering Dialogue and Social Cohesion in, and between, Bosnia and Herzegovina, Montenegro and the Republic of Serbia,” is a joint regional programme implemented by the UNDP, UNICEF and UNESCO with the support of the UN Peacebuilding Fund.

The initiative was launched in Bosnia in 2014 following discussions between the UN Secretary General and the Presidency of Bosnia and Herzegovina.

In 2015, at the Brdo-Brijuni Summit in Budva, Montenegro, the leaders of the region recognised the project and encouraged its expansion to Southeast Europe.

The programme aims to offer support on the collective identification of issues affecting all citizens in the region and contributing to improved interaction and cooperation between groups.