Balkan Investigative Reporting Network Bosnia and Herzegovina (BIRN BIH) editor Erna Mackic was one of the speakers at a side event at a three-day conference reflecting on the legacy of the International Criminal Tribunal for the former Yugoslavia (ICTY) and how others can build upon its achievements. 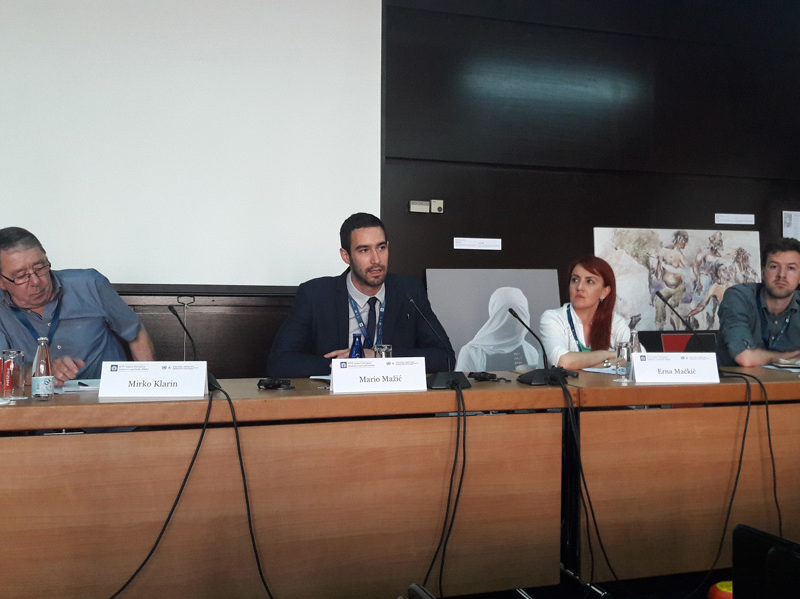 Mackic spoke at an event called “How NGOs use ICTY findings and document”.

She reminded the audience about the problems that the Bosnian public have with the State Court and Prosecutor’s Office, not being able to receive indictments and convictions, and explained how they could be more open in their work.

“The situation in BiH is very specific and very often the facts established by the Hague Tribunal have been denied, both by state institutions and the public”, Mackic said.

She also spoke about the importance of ICTY Outreach program:

“We had the opportunity to organise the training of journalists who were at the Hague Tribunal and got acquainted with its work. In different ways we were trying to help ordinary citizens to learn more about the work of the Hague Tribunal,” she said.

More than 300 people attend the ICTY conference in Sarajevo from June 22-24, including judges and staff of the ICTY, stakeholders at the local level, as well as international experts and scholars.

A significant number of the participants were from the former Yugoslavia, including associations of victims, youth, lawyers, politicians, NGOs, academics, media representatives and the general public.