At least one story promises to read like a crime thriller. Others will delve deep into corruption, public health and human rights. All involve meticulous research and the highest standards of cross-border reporting. 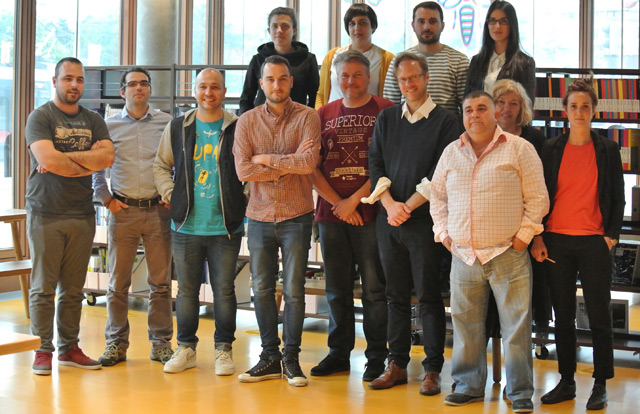 Welcome to the 2017 Balkan Fellowship for Journalistic Excellence (BFJE), supported by the ERSTE Foundation and Open Society Foundations and run in cooperation with the Balkan Investigative Reporting Network.

In its eleventh year, the programme kicked off with an opening seminar in Vienna for 10 new fellows from across the Balkan region.

Chosen from more than 130 applications, the fellows are from Bosnia, Bulgaria, Croatia, Greece, Kosovo, Macedonia, Montenegro, Romania and Serbia.

This year’s theme is change, giving the mid-career journalists broad scope to tackle issues ranging from the rise of populism and historical revisionism to Europe’s refugee and migrant crisis.

“I already had a look at the topics that you have proposed and I’m really glad to see that you indeed have taken several of the most pressing topics that the Balkans have,” Ulrike Lunacek, Austrian MEP and vice-president of the European Parliament, told fellows in a video message made for the seminar.

At the ERSTE Foundation’s gleaming new headquarters, participants received practical tips on international standards in researching, reporting and structuring long-form stories that will be published at the end of the year in local languages as well as English and German.

A key goal was to refine story proposals based on initial applications. Individual editorial sessions were led by BFJE programme Editor Timothy Large, Balkan Insight Editor-in-Chief Gordana Igric and BFJE Programme Manager Dragana Zarkovic. The aim was to help fellows sharpen the focus of their stories and develop research and travel plans.

Timothy Large takes over as BFJE editor from Matt Robinson, now Reuters special correspondent for Central and Eastern Europe. Timothy was previously director of media development at the Thomson Reuters Foundation and editor-in-chief of global news services for the philanthropic arm of Reuters. Over coming months, he will work closely with fellows as they research, report and write their stories.

The seminar also included a visit to the newsroom of the Austrian daily derStandard, media partner of the programme; a multimedia and mobile journalism workshop run by Gunther Müller and David Klein from Forum Journalismus und Medien; and a presentation on press freedom, defamation and journalists’ legal rights by Barbara Trionfri, executive director of the International Press Institute.