Government pressure, state funding for favoured outlets and self-censorship have all contributed to a worsening in Serbia’s media landscape, a BIRN media report says. 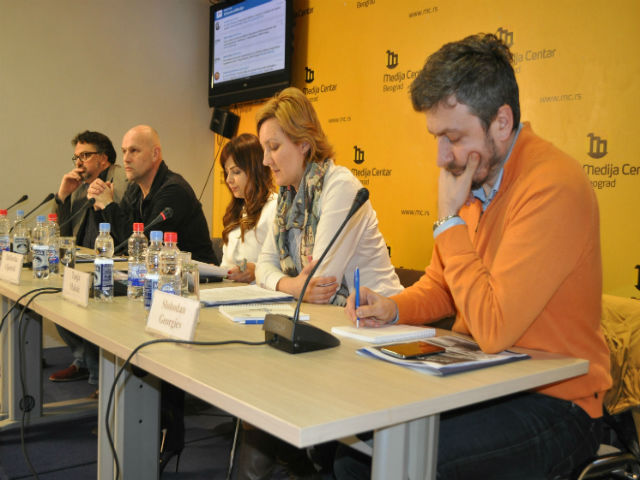 Tanja Maksic, BIRN Serbia’s main researcher in the project, defines “soft censorship” as “hidden control”, and says it arises mainly from non-transparent and selective state funding of certain media accompanied by punishment of those that defy government control.

“The authorities use official state funding to reward obedient media and punish those that are critical,” Maksic said, adding that the phenomenon feeds “clientelistic relationships” in which the media become addicted to and dependent on state-sourced finance.

According to the report, “soft censorship” runs from misuse of public funds to abuse of regulatory and inspection powers and various tax incentives granted arbitrarily by the state.

The long-awaited privatization of the media in Serbia has not brought freedom to the press, since only 34 of an initial 70 state-owned media outlets found new owners, the report says.

“Out of that [34], almost half are in direct or indirect connection to the ruling parties,” the report says.

The government’s separate treatment of “suitable” and unsuitable media and journalists, plus precarious working conditions and low pay all contribute to the phenomenon of self-censorship.

The BIRN report refers to a recent survey of the sociologist Srecko Mihailovic “From Journalists to Labourers, Precarious Work and Life”, in which 70 per cent of questioned journalists said self-censorship among journalists was widespread. Only 5 per cent disagreed.

The BIRN Serbia press conference for the report was attended by colleagues and partners from the region, including Aleksandar Trifunovic, editor of BUKA magazine from Bosnia and Herzegovina, Daliborka Uljarevic from the Montenegrin Civil Education Center and Sasa Lekovic, president of Croatian Journalists Association.

Comparing the “soft censorship” experiences of the four countries, they agreed that political influence on the media remained strong and that self-censorship was a serious problem.

Lekovic said the media in Croatia had much the same problems as in Serbia, stressing that there is no real difference between “soft” censorship and censorship.

“It is all censorship. You cannot be half-dead,” Lekovic said, adding that despite EU membership, media freedom in the country had not truly progressed.

“The EU deals with media freedoms only declaratively. Everything is down to the national government,” Lekovic said, adding that Croatia’s new government appeared hostile toward media freedoms.

All the panelists agreed that the media in Serbia are facing the strongest pressure of all four countries.

“Only Macedonia is in a worse situation in the region,” Slobodan Georgiev, BIRN Serbia journalist, added.

This debate has been organized with the financial assistance of the project South East European Media Observatory, supported by the European Union. The contents of this event are the sole responsibility of BIRN and can in no way be taken to reflect the views of the European Union.