In its latest investigation, BIRN Serbia has revealed that state-owned Serbian telecommunications company, Telekom Srbija, paid off almost 78,000 euros of debt for Serbian National Bank governor Jorgovanka Tabakovic which she owed for her four-bedroom flat in Novi Sad. 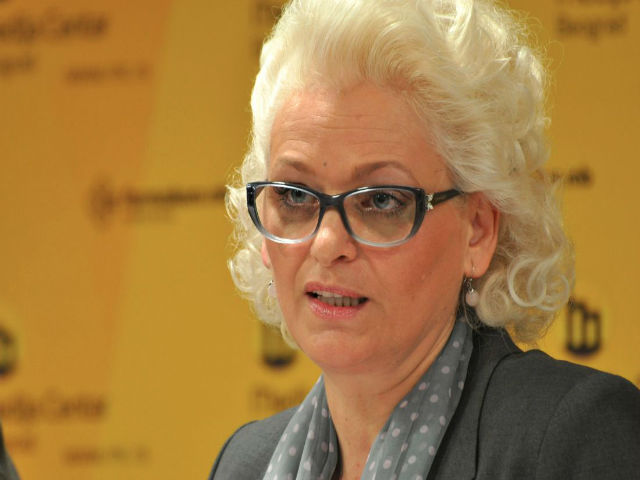 Tabakovic signed a contract for the purchase of part of the apartment, measuring 144 square metres, with the state-owned Public Enterprise of PTT ‘Srbija’ on May 30, 2000, when she was serving as Minister for Economic and Ownership Transformation under the Socialist government of Mirko Marjanovic.

According to the documentation that BIRN Serbia obtained, that agreement gave Tabakovic ownership of 94 square meters (65 per cent) of the apartment, for which she paid 8,822.60 Deutschmarks (DM) at the time.

Tabakovic was supposed to pay off 92,170 DM for the remaining 35 per cent of the apartment over the following 40 years, plus interest.

However, she has not made a single monthly payment, and the contractual obligations to pay off the debt plus interest were taken over by Telekom Srbija three months after she took office as governor of the Serbian National Bank.

Entire article written on Serbian language can be found at http://javno.rs/istrazivanja/telekom-otplatio-guvernerkin-dug-za-stan