The top prize in the 2013 Balkan Fellowship for Journalistic Excellence has been awarded to Vlad Odobescu, a Romanian reporter who described how his country’s politicians have bounced back from corruption investigations. 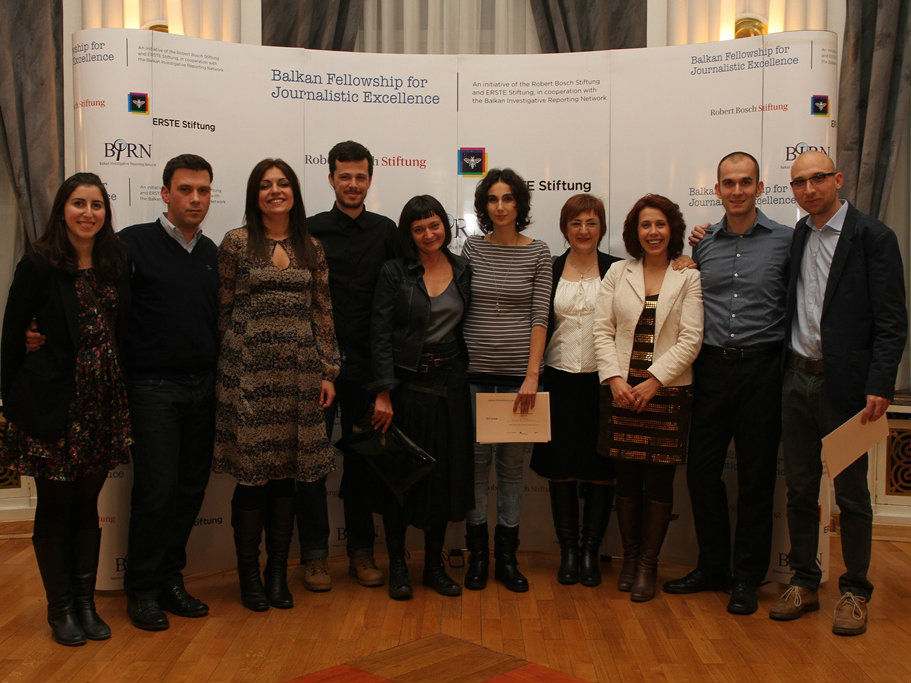 The second prize was won by Dino Jahic, a Bosnian reporter who investigated bribery within the education system.

The third prize was won by Elena Stancu, a Romanian reporter who examined corruption in the job market for doctors.

The jury members praised Odobescu’s report for its use of a strong storyline with a colourful central character to illustrate a region-wide problem.

Odobescu says the fellowship helped him “prioritise and structure information, especially when huge amounts of data are gathered”.

The winners were announced on the evening of Friday, 13 December, at a ceremony at the Croatian Journalists’ Association in Zagreb.

The theme for this year’s competition was “integrity”. Journalists on the programme spanning the legacy of war, bad government and the politicisation of civil society.

The programme also seeks to encourage regional networking among journalists and to provide balanced coverage of complex reform issues that are central to the region and the European Union.

This year’s ten fellows were selected from more than 120 applicants from nine Balkan countries.

Next year’s programme will be open for applications from January 2014.