Caglavica – BIRN Serbia organised a round table at Caglavica’s Media centre on Friday September 12 addressing the issue of reporting from Kosovo for Serbian media. 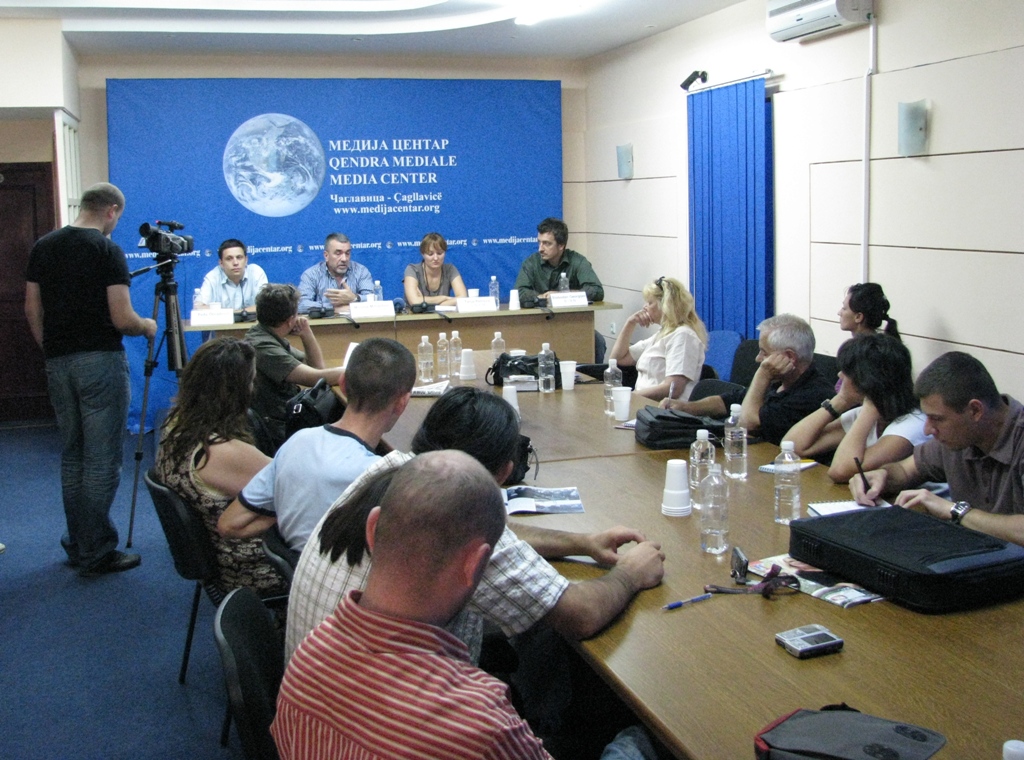 The event gathered 15 journalists, mainly correspondents of Belgrade-based media who were interested to discuss the picture Serbian media paints regarding Kosovo and life there after independence was declared in February 2008.

The panelists were Miki Mihajlovic from the Office for communications for the Serbian Government, Tanja Petrovic, media researcher and analyst from Belgrade as well as Pedja Obradovic, deputy editor at the Belgrade daily Blic.

In an almost three hour long and lively debate, the guests from Belgrade presented their views on the challenges of reporting from Kosovo and the impact that it has on Serbian public.

Petrovic presented a study on media coverage of events that followed the declaration of independence as well as the act itself.  The results of the research showed that Serbian media were mainly focused on reporting from a Serbian perspective. In depth analysis and features about life in Kosovo took the smallest slice of media coverage of the situation in Kosovo.

Mihajlovic gave an overview of the policy of the Serbian government towards Kosovo, stressing that Belgrade will support media outlets for Serbs in Kosovo. Government has no influence on media reports, argued Mihajlovic, but is interested in keeping the Kosovo issue high on the agenda, as well as preserving Serbian media in Kosovo. He also called on representatives of the local media to apply for grants which the Serbian government wants to establish for helping media.

Obradovic talked about editorial policy and the importance of journalists’ initiative. He said Kosovo is the important issue for Belgrade media but mainly in a political context, as a part of overall Serbian political climate and these days especially in terms of foreign policy, which leaves little space for local reporters’ contribution. In spite of that, good stories on life in Kosovo can always attract attention and get coverage in the media, noted Obradovic, stressing that reporters are not offering enough attractive material.

Journalists from Kosovo used this chance to talk as well about problems that they are facing in terms of safety, access to information and bad economic situation. Freelance journalist Nikola Besevic from Pristina said that everything depends on the editorial policies of Belgrade-based media and that journalists who work for it have little scope for initiative. Refki Alija from Prizren said that media are only interested in disputes and not the struggles of everyday life in Kosovo, or any positive example.

The debate highlighted that journalists from Kosovo do not have enough support from Serbia and they were very disappointed by the treatment of the Serbian broadcasting company – RTS. One of the participants said you could not use the same language today in 21st century as the one have been using 20 years ago, when you report on the situation in Kosovo.

“We need a new language in journalism if we want to produce true stories,” he said.

This event is a part of BIRN’s project entitled, Minority Media Training and Reporting supported by the National Endowment for Democracy.