Two alumni from the Balkan Fellowship for Journalistic Excellence have won awards this month for their work in 2013. 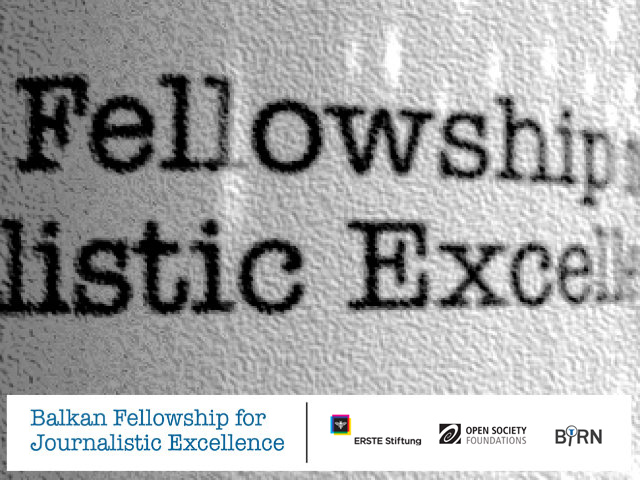 The Croatian Journalists’ Association, HND, named Barbara Matejcic as the recipient of its annual Marija Juric Zagorka award for written journalism. Barbara won the award for a series of articles about Vukovar, where a deep ethnic divide still exists between Croat and Serb populations as a result of the conflict of the 1990s.

“It is no coincidence that Barbara Matejčić was not proposed for this award by her colleagues or editors, but by a group of people from Vukovar. That’s because her stories influence ordinary people. Therefore this award is more than deserved — for whom, after all, should journalists actually work if not ordinary people?” the prize jury said in its citation.

A few days later, on May 8, Dino Jahic received the web journalism award from the Independent Association of Journalists of Serbia, NUNS. The story, “Bought International Awards to Show Off on Home Turf,” revealed that prominent individuals from Bosnia and Serbia had bought “awards” from the so-called Europe Business Assembly of Oxford, sometimes using public money to do so. The story was co-authored by fellow reporters from the Centre for Investigative Journalism of Serbia, Jasna Fetahovic and Dracana Peco, one of this year’s BFJE fellows.