In partnership with six NGOs in Kosovo, BIRN Kosovo participated in the launch of the “Merr Pjese” campaign for civic education for elections. 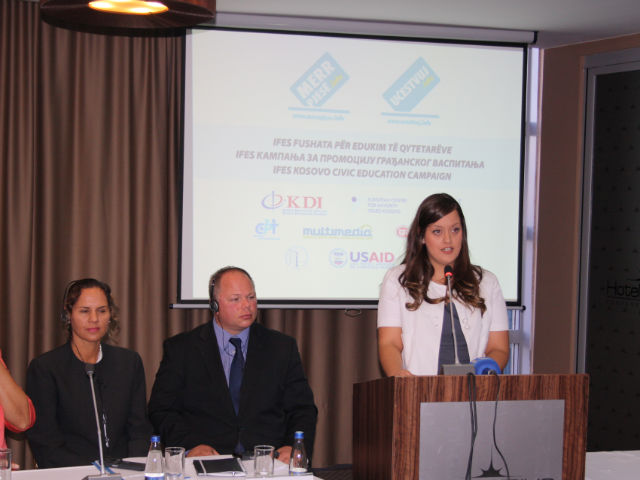 The campaign aims to foster basic democratic values, including participation, individual voting, voter registration, and action against electoral fraud. It is being implemented from October through November 2012, and covers all the municipalities in Kosovo. As part of the campaign, BIRN Kosovo is also organising community meetings in schools with first time voters to inform them of forms of electoral fraud and penalties that follow.

At the project’s opening conference, Kaltrina Hoxha, BIRN Kosovo Project Coordinator, presented the activities that BIRN Kosovo is carrying out as part of the campaign.
“The main focus of these interactive meetings is to raise awareness on violations during electoral processes, ways to report fraud, responsible institutions and their roles and responsibilities, in order to prevent fraud in future electoral processes,” Hoxha said.

BIRN Kosovo has extensive experience in election monitoring and has carried out follow-up activities on violations during electoral processes held in Kosovo. BIRN Kosovo has also filed 20 complaints which have resulted in the annulment of problematic polling stations around the country. At the same time, the organisation has produced lengthy televised reports covering the findings of its monitors in the field.