Even though the Lumbardhi River passes through town, residents in Prizren face water shortages. The residents of this municipality, which is now governed by Ramadan Muja from PDK, heard again and again during the 2009 electoral campaign that drinking water would no longer be a problem. 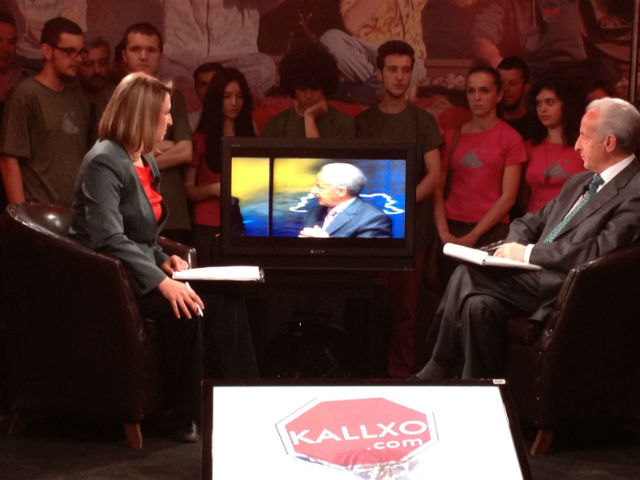 However, two and a half years since the promise was made, a lack of investments in this sector has meant that neighborhoods like Tusus do not have water for hours at a time during the day.

This issue was addressed on “Life in the Municipality.”
Speaking on the show, Muja said that he does not agree that there has been no improvement in the water supply, but agreed that there are certain unresolved problems.

“We have invested in collaboration with Hidro-Region, even though it’s a regional company. Last year we invested 100,000 euros,” said Muja, pledging to resolve the water issue.

“I am guaranteeing to the citizens of Prizren that they will have enough water,” Muja said during the debate.

Another project promised by Muja which has yet to be fulfilled is the construction of the water plant in Zhuri, where construction has not yet started.

Addressing the issue, Muja shifted the responsibility to the government. “For the construction of the water plant in Zhuri, I have spoken extensively with Minister Besim Beqaj and we have been interested in implementing this project,” Muja said.

On the other side, Muja boasted about what the government has achieved in the municipality of Prizren, such as the beginning of work at the University of Prizren. Another achievement of the PDK government is healthcare offered to students, he said.

“Once we came into power in the municipality, we organized regular check-ups for the students of first, fifth and ninth grades. This project cost 7,000 euros and with this money we can offer complete healthcare for students,” Muja said.

According to Fatmir Memaj from LDK, this promise is unattainable. Journalist Fisnik Minci also affirmed that this promise cannot be fulfilled. “The municipality has 30 million euros in its general budget, meanwhile in the previous years it has been under 30 million euros.”