On September 20, GAP Institute in cooperation with the Balkan Investigative Reporting Network, BIRN, published reports about the region of Anamorava, which includes the municipalities of Gjilan, Viti, Kamenica, Partes, Kllokot, Ranilug and Novoberda. 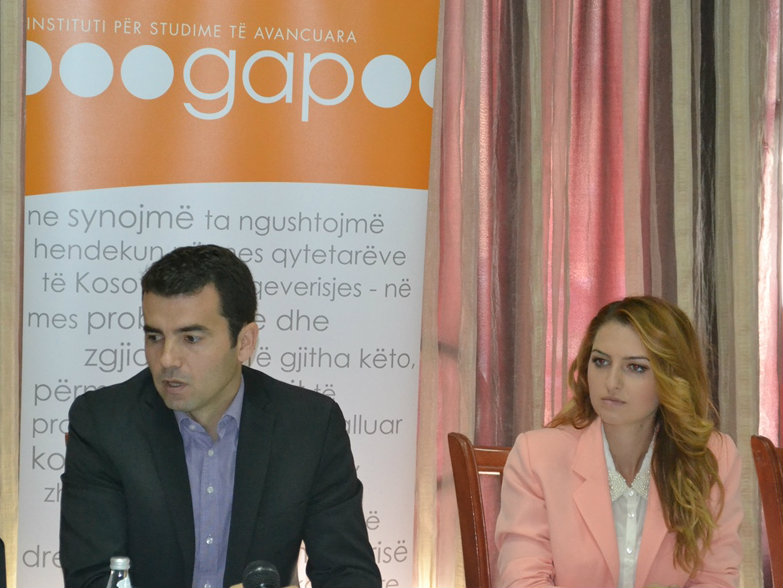 The reports show real problems facing municipalities that are directly related to the local governments’ actions. Each report provides an overview of trends in the last years’ budget and the estimates for 2014-16.

These reports identify 46 problems in 142 different locations in seven municipalities. They also emphasize areas in which municipalities should focus, such as protection and maintenance.

“BIRN has created a network of people who investigate on a daily basis and try to identify current problems of the respective municipalities. However, we start with the premise that no one is more familiar than the population with the problems of the municipality,” said Erlina Tafa, an investigative journalist at BIRN. Tafa also suggested that residents report problems at BIRN’s portal kallxo.com, so they can be discussed at municipal debates, which will be aired on “Life in Kosovo” in October.

In the upcoming days, GAP and BIRN will publish similar reports for Prizren, Mitrovica, Peja, Ferizaj and Prishtina. These reports will be delivered personally to all the mayoral candidates in Kosovo.