Premieres begin this week of BIRN’s documentary film about six young people who make a journey of discovery across ex-Yugoslavia to see how conflict has shaped their generation. 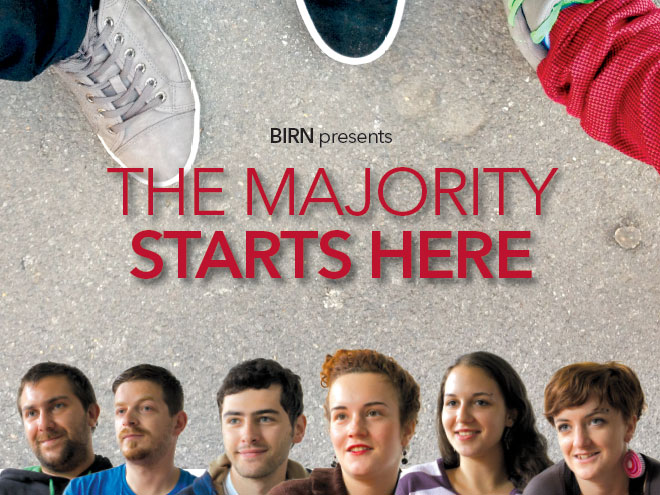 BIRN’s new documentary, The Majority Starts Here, is launched across the region this week, starting on Wednesday with premieres in Skopje, with further premiere screenings to follow in Sarajevo and Belgrade on Thursday, Pristina on October 2, Zagreb on October 3 and Novi Sad on October 7.

In the film, six young people from ex-Yugoslavia make a journey through the region, examining how the conflicts of the past, which they were too young to understand fully at the time, have influenced both their present and their prospects for the future.

Along the way, they come face-to-face with some of the ghosts of the past in the shape of impoverished wartime refugees, military veterans and unrepentant nationalists.

They also see how nationalist ideas which led to war have been reflected in the region’s economy, culture and even architecture, as they muse on how genuine tolerance and reconciliation can develop in places which have endured such divisive violence.

BIRN director Gordana Igric said that the idea behind the film was to find out how much the younger generation knew about the recent past, and whether they believed that these conflicts should be discussed or set aside for the sake of looking to the future.

Despite some disturbing encounters during their journey however, there was a positive message: “They learned that divisions are still strong between people, but they don’t take up guns to solve the problem,” Igric said.