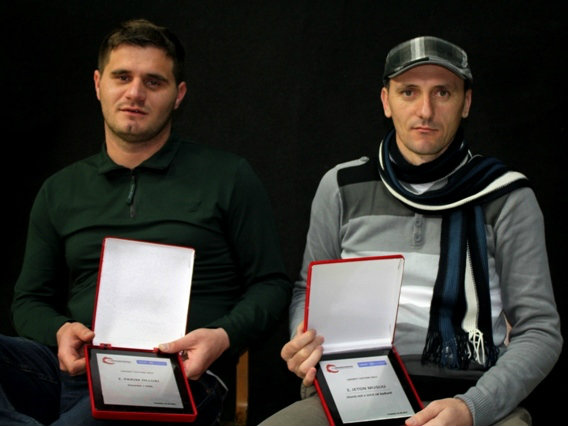 The newspaper’s reporter Parim Olluri was named the best journalist of 2012 by the Association of Professional Journalists of Kosovo for a number of investigative stories published during the year.

‘Gazeta Jeta ne Kosove’ won most of the annual awards given out by the Association’s jury this year.

The ‘best culture story’ award was given to Jeton Musliu for the article ‘Kosovo Textbooks Soften Line on Ottoman Rule’ and Virtyt Gacaferri won the prize for the best sports story with ‘The Match That Showed Many Albanian Realities’.

The Kosovo daily ‘Koha Ditore’ was awarded for publishing the best economic and social feature, written by Vehbi Kajtazi and Visar Preberza, while Agron Halitaj won the award for the best political feature.

Jeton Llapashtica from another Kosovo daily, ‘Zeri’, was given the prize for writing the best investigative story, while photographer Ridvan Svilova got the award for the best photo.