Zornitsa Stoilova was awarded first prize for the best story from the 2015 Balkan Fellowship for Journalistic Excellence programme at a closing ceremony in Tirana on Friday. 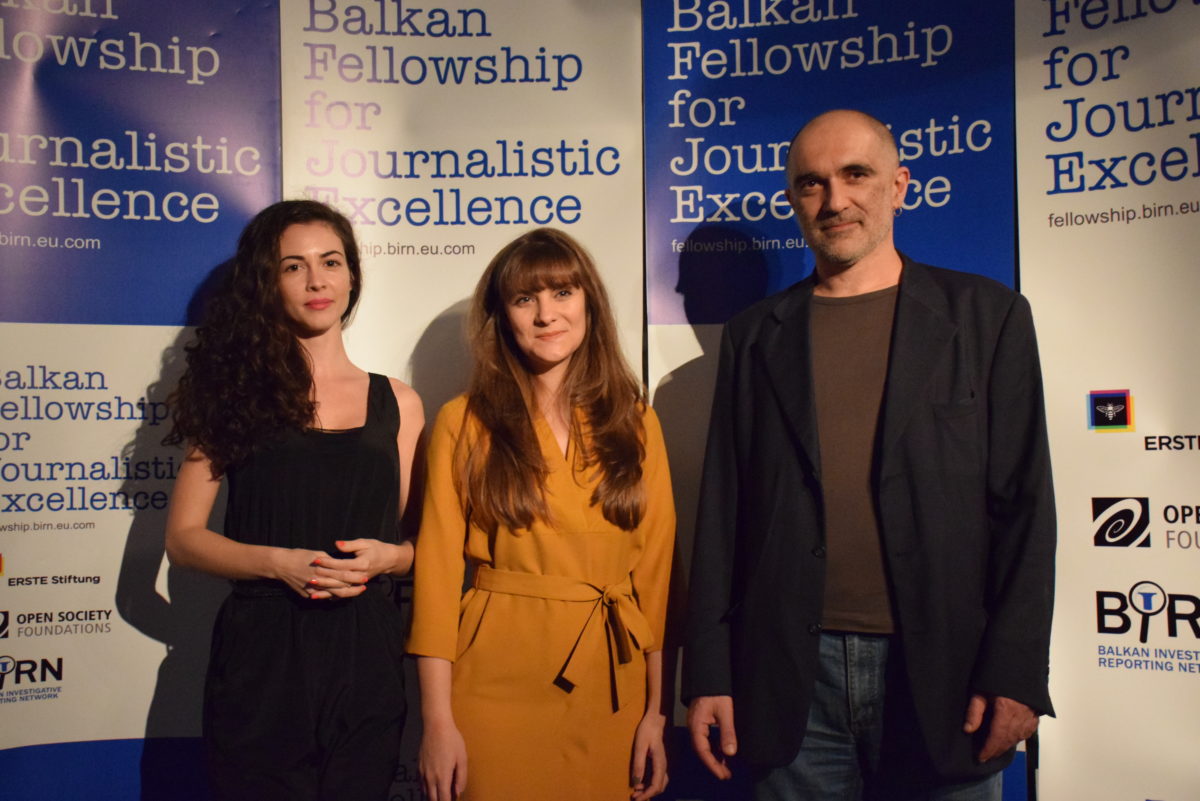 Zornitsa won the prize of 4,000 euros for her story about support for ISIS among some members of a marginalised Roma community in Bulgaria.

The second prize and 3,000 euros went to Damir Pilic for his article “Red revival: The fall and rise of Karl Marx”.

The third prize and 1,000 euros was awarded to Laura Stefanut for her story about clothing factories industry in Romania and Bulgaria.

The Balkan Fellowship for Journalistic Excellence was launched in 2007 to promote high-quality, cross-border reporting. The programme provides fellows with financial and editorial support, allowing them to travel, research and write their stories and develop their journalistic skills. They also have the opportunity to work with colleagues from neighbouring countries to examine how different nations are tackling important social and political topics.

For the first time in the fellowship’s history, the award ceremony was held in Albania, at Tulla Culture Centre in Tirana.

With this year’s programme concluded, fellows are invited to joint the BFJE alumni network, which already consists of more than 70 journalists from 10 Balkan countries who collaborate on stories and promote high professional standards.

The fellowship will issue a call for applications for next year’s programme in January 2016.