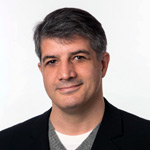 He is a frequent speaker at industry events and his work has won numerous awards. Having done business in 25 countries, with a specialization in China, India, Southeast Asia and Mexico, Bob’s career spans the globe.

He resides in New York City, where he sits on the board of The Metropolitan Opera Guild.