Managing Director at NRC Fluchtlingshilfe Deutschland
Member of the Assembly 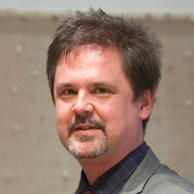 Per Byman, is a Swedish aid worker and linguist.

Byman is a Managing Director at NRC Fluchtlingshilfe Deutschland, which he joined in 2018.

Between 2005 and 2012 he worked for the Swedish International Development Cooperation Agency, SIDA, where he served as head of the humanitarian unit responsible for disaster relief. From 1999-2005 Byman worked as a program officer for human rights and democracy at SIDA’s unit for South Eastern Europe.

Between 1991 and 1997 Byman worked with humanitarian projects and reconstruction in Bosnia and Herzegovina for the organization “Caritas”.

Coordinator for Monitoring of Courts and Law Office
All BIRN people