Based in Belgrade, Mirjana is working as the Editorial Assistant at Balkan Insight and as a proofreader for BIRN’s Balkan Transitional Justice in the Bosnian/Croatian/Serbian language. 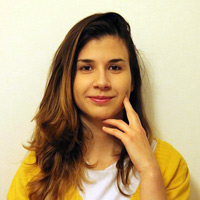 Mirjana joined BIRN in 2017, as a journalist for Belgrade Insight. Soon after, she started helping with Balkan Insight social media networks.

In 2018, she was awarded the “Spasoje Pajo Blagojevic” prize for best the unpublished manuscript for authors under the age of 27 who write in languages from former Yugoslavia.

In 2017, she was one of the winners of Matica Srpska’s competition authors’ first book, after which her manuscript “Nevermind” was published for the same printing house.

Mirjana studied Serbian language and world literature at the University of Belgrade’s Faculty of Philology. She speaks Serbian,  English and Russian.