History Overshadowed by Trivia focuses on media reports on the arrest of Radovan Karadzic in five countries: Bosnia and Herzegovina, Croatia, Kosovo, Montenegro, and Serbia. 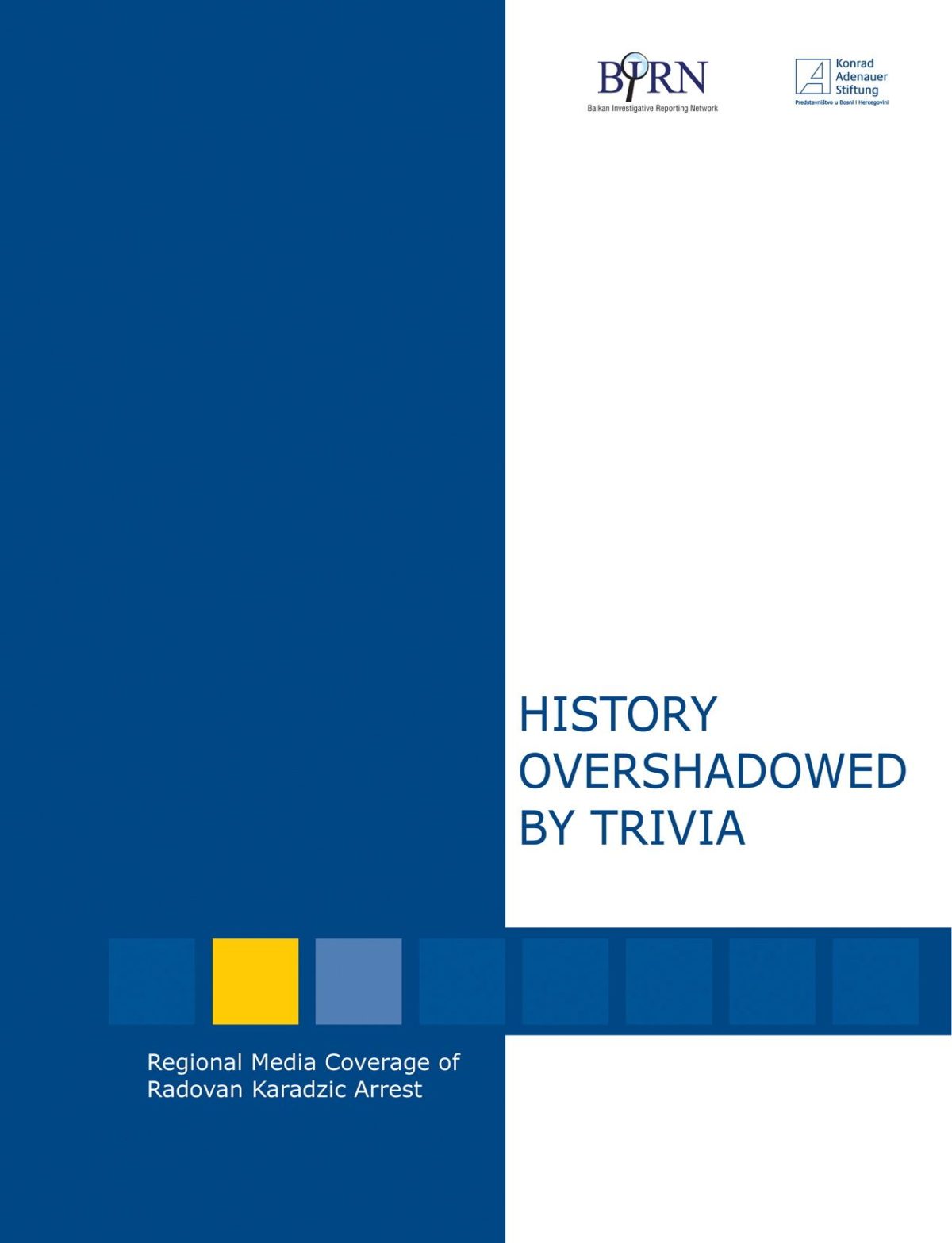 The media analysis covered the first two weeks of reporting on the arrest, and showed that deep territorial, national and ideological divisions remained in the region’s media landscape.

The findings discuss the lack of investigative reporting in the media, misrepresentation of facts, as well as the presence of sensationalist and political propaganda.