Each month, BIRN introduces you to a different member of its team. For August, meet Nejra Mulaomerović, Programme Associate at the Balkan Transitional Justice Programme. 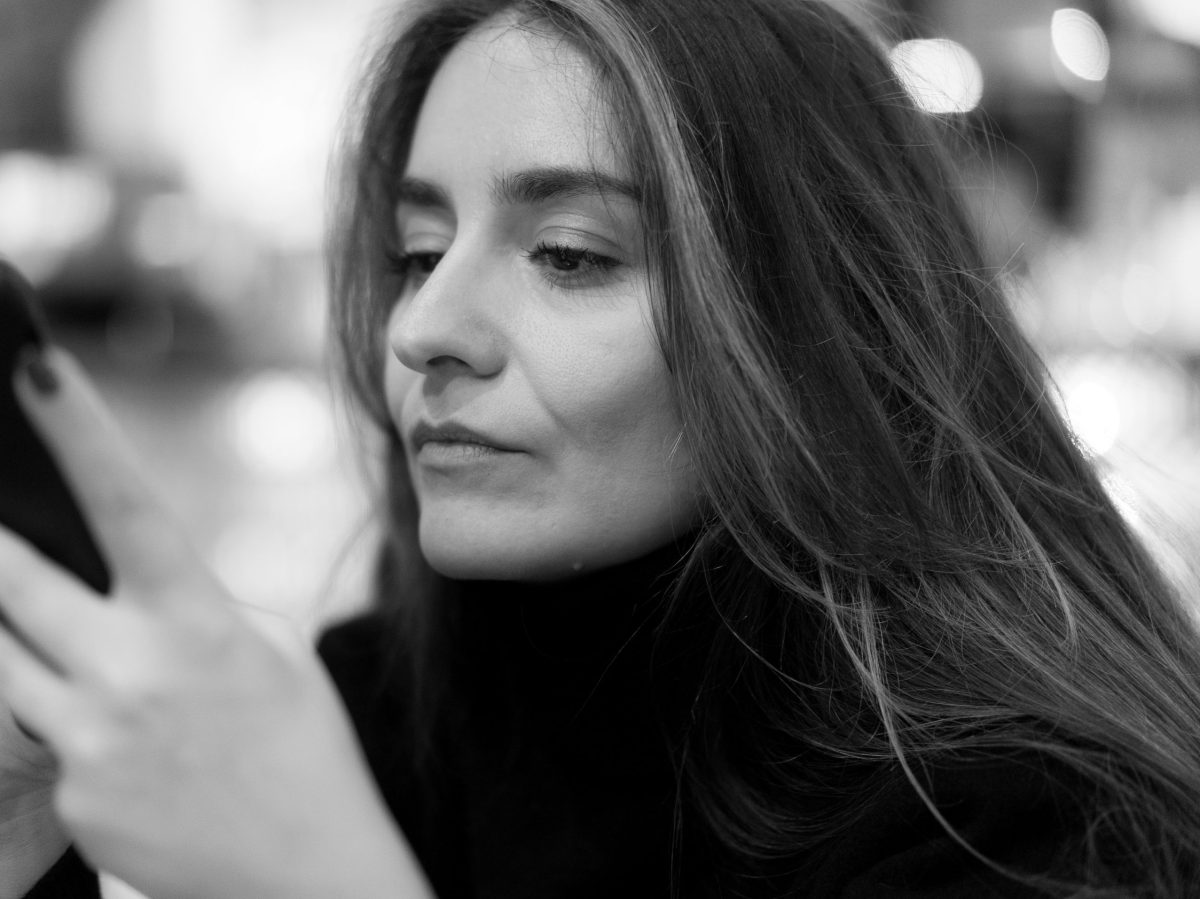 Nejra Mulaomerović studied Comparative Literature at the University of Sarajevo, where she is currently working on her master thesis on photography’s influence on 21st -century literature. She joined BIRN in 2020. In the past she worked at the culture and civil society sector, with a focus on photography exhibitions dealing with genocide, conflict and the aftermath of the 1992-5 war in Bosnia.

The programme also offers a database of issues related to war crimes, database of mass graves in the former Yugoslavia, consisting of individual reports and articles, audio reports and TV documentaries.

“We have seen how important the role of journalism is in conflict reporting and how it can help in documenting the atrocities and war crimes,” Nejra says.

Nejra today tells us about BIRN’s new oral history project “Eyewitness Ukraine”, in which Ukrainian media workers, men and women, speak about their lives and jobs while reporting the war.

I joined BIRN in 2020 at the start of the pandemic. It was a challenging time, but energy and BIRN community helped me a lot to feel welcomed and included. Since then I’ve met a lot of hardworking and creative people from the region that share the same values and fight for the same cause, and that is to bring the truth to the forefront.

The Balkan Transitional Justice programme is a regional platform that aims to improve the public’s understanding of transitional justice issues in former Yugoslav countries. The programme also offers a database of issues related to war crimes, database of mass graves in the former Yugoslavia, consisting of individual reports and articles, audio reports and TV documentaries. The war in Bosnia and Herzegovina ended almost 30 years ago, but the survivors and activists continue to fight against the revision of war crimes and genocide denial even today. We have seen how important the role of journalism is in conflict reporting and how it can help in documenting atrocities and war crimes. The testimonies of journalists recorded for BIRN’s Eyewitness Ukraine oral history project represent a permanent historical record of how the war was experienced by media workers, as it happened. From the physical dangers of covering an armed conflict to the psychological impact of reporting on the invasion of one’s own country, this series of video interviews with Ukrainian journalists offers an important insight into how their work and personal lives were affected by the war.

Watching these journalists speak about their experience, you’ll see many similarities in their everyday struggles. Most of them don’t have any personal lives; their work has become their life. And then there’s the constant possibility that they or someone they work with can be killed or abducted by the Russian military. What is important is that many of the journalists pointed out that for them the war did not start in February 2022 but in February 2014. For eight years they were living in perpetual state of war, only in February it escalated and was brought to the attention of the rest of the world.

To ensure that the transitional justice efforts are heard by a wider population, in 2021 BIRN started a bold initiative to create the first independent, non-profit regional museum in the Balkans that brings the comprehensive story of the break-up of the former Yugoslavia and its aftermath to the attention of as many people as possible.  Guided by the constant reevaluation and examination of the existing archives within BIRN and outside of the network, a new direction emerged that unmasked a need for a distinct and reshaped approach for education and research within the transitional justice process, but also role of media in it, in particular related to disinformation and propaganda, but also the role that quality journalism plays.

BIRN initiated development of the museum’s methodology, mission and strategy in order to create a regional institution for learning, documenting and interpreting war in the former Yugoslavia. Furthermore, one of the museum’s missions will be to accentuate the contemporary challenges of journalism in the region and worldwide.

Besides the exhibition space, the museum will also provide a community space for journalists to gather and discuss the critical issues facing the societies of South-East and Central Europe, exchanging ideas with experts from outside the region about the development of quality journalism and investigative reporting, and the role of media in conflict and conflict prevention.

With this model BIRN wants to enhance discussion around the role of media in conflict and peace, especially in circumstances when propaganda and disinformation spread and has worrying and polarising effects on societies. BIRN will work on the development of an inclusive education museum programme that advocates a holistic and integrative approach to the topics of transitional justice, memorialization, and war reporting. The museum’s permanent and temporary exhibitions will serve as a foundation to build up workshops and activities aiming at advancing the knowledge on conflict prevention.