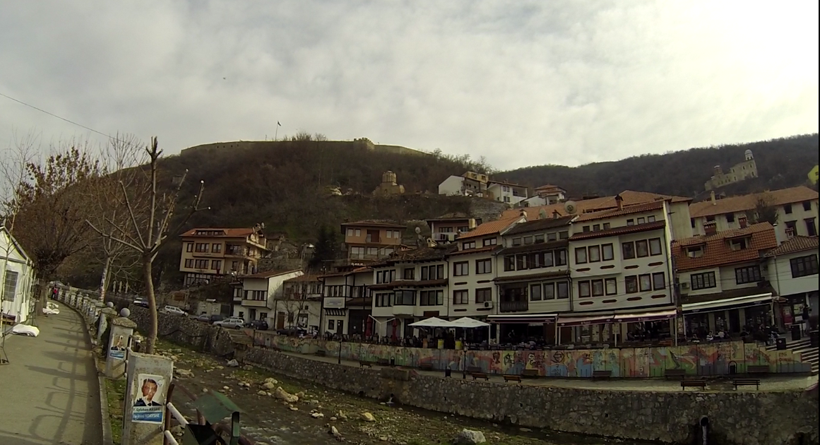 What are the responsibilities of Prizren’s future mayor?

There are 10 candidates vying for mayor of the second biggest municipality in Kosovo, Prizren, which has 178,112 residents.

Whoever wins the citizens’ trust on October 22 (or four weeks later, after run-off elections) will come into office with plenty of work and obligations. At the minimum, the community expect a Prizren Mayor who is committed to transparency and responsibility towards citizens.

The Prizren Municipality, commonly referred to as Kosovo’s ‘cultural heritage gem’ and which receives the tourists annually, lacks parking spaces.

Despite the lack of parking lots, Prizren is not lacking in illegal waste disposals. And despite the city having water resources, citizens continue to face problems with drinkable water.

Kosovo’s second biggest municipality does not even have public kindergartens.

In order to solve these problems, the municipality has a budget of 14.9 million euros annually to spend on capital investments.

During this election cycle, Prizrenis had the chance to attend the BIRN-produced local election debates DebatPernime (Real Debates) and hear real solutions for the municipality’s problems delivered by the mayoral candidates.

All potential mayoral candidates were present during the debate, except for Zafir Berisha from Nisma, and Sencar Karamuço from KDTP.

‘Modern’ constructions in the Historic Zone

For 18 years now, Prizren has had issues in maintaining the Historic Zone of the City of Prizren.

The phenomenon of illegal constructions, over-constructions, usurpations, have increased during the past years. And so has the number of indictments related to construction crimes.

Prizren’s Shatervan square area is officially named by Kosovo as the First Zone of the Historic Center of Prizren. However, the given area has now been transformed into the first business zone, flourishing with actors who disregard the law.

BIRN’s Life in Kosovo magazine discovered that many businesses that are located in the First Zone of the Historic Center in Prizren have legal issues.

Life in Kosovo has completed an extensive investigation on specific cases regarding illegal constructions within the first zone of the city, which is protected by the Law on the Historic Center of Prizren. The prosecution in Prizren had started investigations on these cases.

During 2017, the first zone of the historic center has continued to be degraded, even by the director of Inspection in Prizren, Bujar Hasani, who, in September this year, as a result of the investigation by Life in Kosovo, received an indictment from the prosecution on suspicions regarding usurpations and misuse of official duty.

Prizren city and some villages in the zone of Zhupa, including some factories in the area, are contaminating the Lumbardh River with sewage. In fact, Prizren’s city center is contaminating waters right in front of the tourist zone, near Shatervan’s Bridge of Gur.

Water contamination from sewage is also an issue for the Dri River.

In the past, the Nashec was popular with tourists, and several Prizrenis built villas there. But nowadays, the village lacks tourism, and the residents suffer with poor living conditions due to the sewage that pollutes the Dri River. Residents complain that the contamination has damaged their properties.

Problems with the water supply

Although Prizren has sufficient water resources, the water supply remains one of the main problems for the municipality, and the citizens continue to face water cuts.

The low quality of the water supply is a result of the mismanagement of water. According to data from the South Hydro-region, there are huge technical and physical issues with the water network due to its old tubing.

Some of the city’s neighborhoods have difficulties with water supply due to their geographical locations. The neighborhoods suffering the most are Dardania, Kurilla, Bazhdarhane, and Tusuz, including the Hasi zone.

The waste disposal system, which was launched a few years ago in Zhur, envisaged for solid waste dumping purposes, has been transformed into a chaotic system of irresponsible actors dumping animal remains. This has created the spread of toxic odors and environmental pollution.

The waste disposal located along the Prizren-Dragash road infects residents and passersby with a horrible stench year-round.

According to a Life in Kosovo investigation, butchery owners dump their waste into the system, and the municipal inspectorate has taken no measures against this.

A lack of parking

Prizren is widely popular with tourists. The city’s lack of parking spaces is especially evident in the summer, when the diaspora comes home to visit and when locals and internationals flock to the city for the documentary film festival Dokufest.

Occasionally, the municipality opens up one side of the road for paid parking, but this has been a problematic solution.

The lack of parking lots is a constant problem for Prizren, and it prevents visitors and residents from walking freely on sidewalks, which are overburdened with cars.

Municipal taxes are one of the main sources that fill the municipality treasure, however, based on the auditor’s report and a report by the GAP institute, Prizren has failed to collect them.

The municipality, based on its planned own means, has managed to collect only 66 per cent of the municipal taxes . The municipality did not manage to finish the verification of 1/3 of the real estate as required by the law on taxing of real estate and its administrative instruction in power.

The municipality has collected only 34.99 per cent of the revenues from property taxes.

These are a handful of the problems that Prizrenis expect smart solutions for over the next four-year mayoral mandate.

Most of the candidates vying for mayor of the municipality of Prizren have promised during RealDebates that they will respect the required quota by law.