The European Court of Human Rights has asked the Serbian government to clarify what measures it took to ensure the safety of Sofija Todorovic – who has been subject to an online campaign of nationalist intimidation. 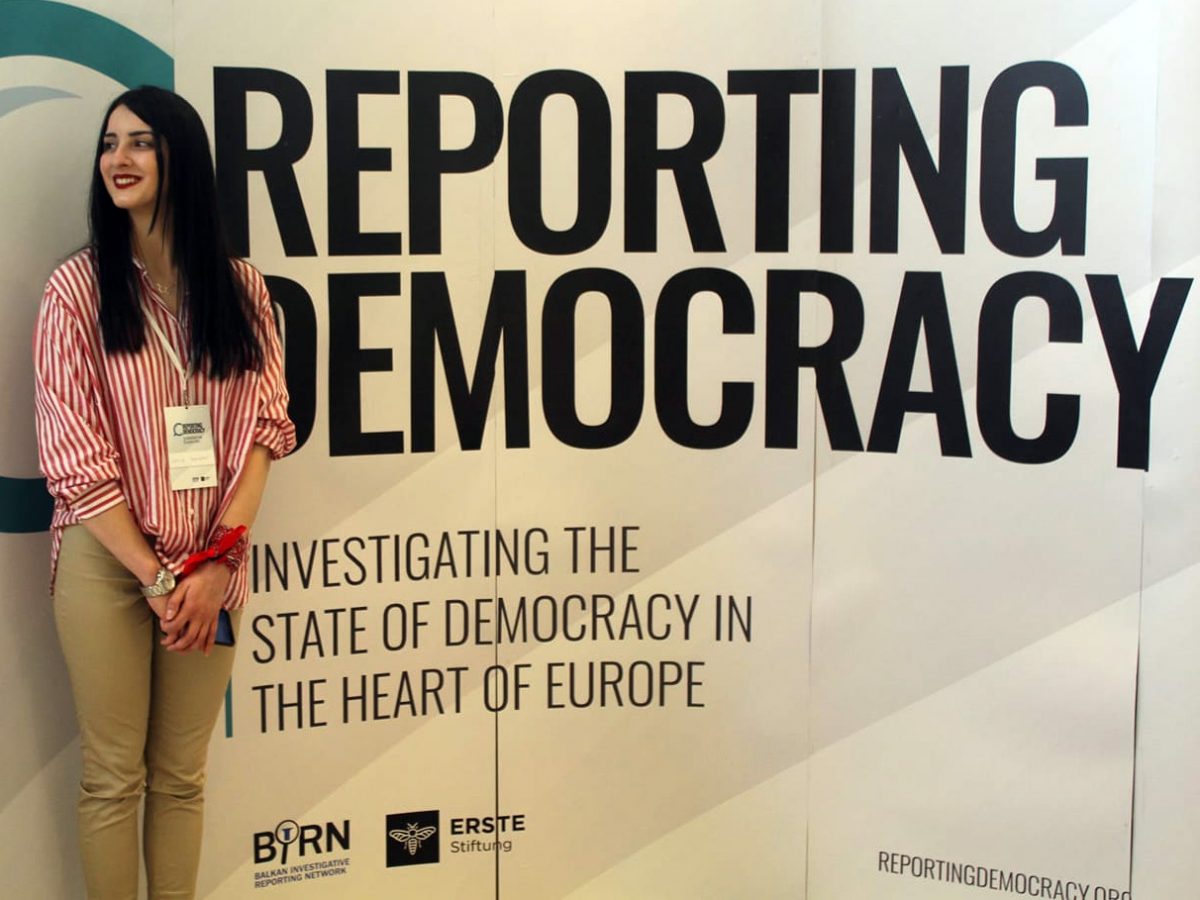 The European Court of Human Rights has asked both the Serbian government and a BIRN staffer, Sofija Todorovic, for more explanation, after she submitted a complaint to it about right-wingers who had targeted her online.

The court called on both sides to submit additional information and clarification by July 5.

Her lawyer called it a milestone. “This is the first time the European Court of Human Rights took into the consideration a case of online persecution in Serbia, defending human rights defenders,” Mihailo Pavlovic, who is representing Todorovic, told BIRN.

He noted that the court had raised the question of whether Serbia had any mechanisms to protect people from being targeted online.

In its letter copied to Todorovic on June 28, the court asked the Serbian government to send additional documents and explain what protective measure it had taken in this case, and whether it had assessed the level of risk to Todorovic’s safety.

It also asked the government to explain under which statutory conditions persons who have been threatened on social networks obtain police protection in Serbia.

Serbian right-wingers launched a concerted campaign against the BIRN project coordinator after she reported on the plight of an ethnic Albanian baker who was being targeted in her hometown.

She then herself became a target, receiving hate speech, insults and threats on social media coupled by attempts to hack her account on Twitter.

Todorovic took the matter to the Serbian police on May 6, and one day later she informed Serbia’s Special Prosecution for Cyber Crime. After submitting several complaints that elicited no reaction, Todorovic’s lawyer, Pavlovic, filed a complaint about the work of the Prosecution to the Court of Appeal.

When the Prosecution still failed to contact her, on June 24, she filed a complaint to the European Court of Human Rights with material.

The coordinated targeting began after Todorovic documented nationalist intimidation of an ethnic Albanian baker in Serbia called Mon Gjuraj. Nationalists first re-posted on Facebook a two-year-old picture of his cousin posing with a hand gesture in the shape of a double-headed eagle, the national symbol of Albanians.

On April 27, nationalists then gathered in front of his bakery in a Belgrade suburb, shouting slogans and playing Serbian nationalist songs. Some stuck posters proclaiming “Kosovo is Serbia” on the bakery windows, and threw a pig’s heads at the bakery – a reference to his being a Muslim. A similar event was organized again on May 4.

During the April 27 events, Todorovic was live tweeting and posting videos of the incidents.

Since then, she has received months of online threats. Right-wingers also posted videos about her, calling her insulting names, mentioning her family and re-posting old pictures that are no longer public.