The Bosnian state prosecution has questioned witnesses who could shed light on the wartime killings of Pero Glavocevic and Pero Bozic in the Fojnica area in July 1993 after BIRN Bosnia and Herzegovina published an article about the case on September 11. 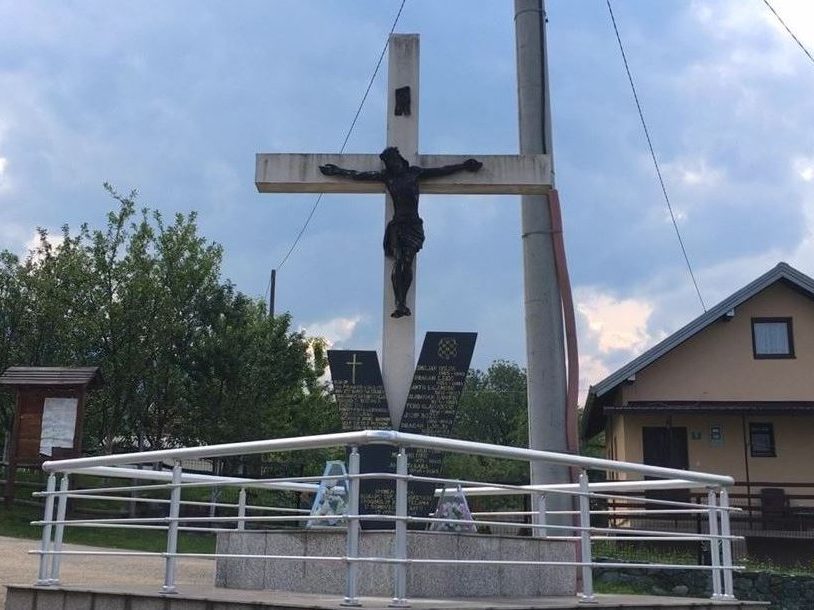 Memorial to war victims in the village of Tjesilo. Photo: BIRN.

The victims’ families have been campaigning for action to resolve the case for 27 years.

The Office for Legal Assistance to Veterans with the General Council of the Croatian National Assembly of Bosnia and Herzegovina welcomed the fact that the the state prosecution has finally started working to identify the perpetrators of the murders.

“Of course, I am aware of the fact that, in order to ensure the goals of the ongoing investigation are protected, the prosecution is unable to provide information on the actions undertaken or being undertaken at present, but it pleases me to know that the case has finally taken off, bearing in mind what has been done in that respect in the past. I hope that this article has contributed to that too,” said Zvonko Vidovic of the Office for Legal Assistance to Veterans.

The Glavocevic and Bozic families had previously addressed the cantonal prosecution in Travnik and the state prosecution on several occasions, asking them to resolve the case as witnesses to the crime have been dying.

Vidovic explained that the first criminal report naming a perpetrator had been filed to the then prosecutor’s office in Vitez on November 8, 1994, and then again a year later.

He said that a request was also filed to the Higher Court in Travnik in 1996, demanding an investigation into four former Bosnian Army soldiers for alleged ethnic cleansing in the Fojnica area.

He said the Glavocevic and Bozic case was finally submitted to the state prosecution in 2011, but no apparent action was taken until now.