Journalists and editors from six Balkans countries attended intensive online training led by a ProPublica editor about engagement journalism and citizens’ participation in the reporting process. 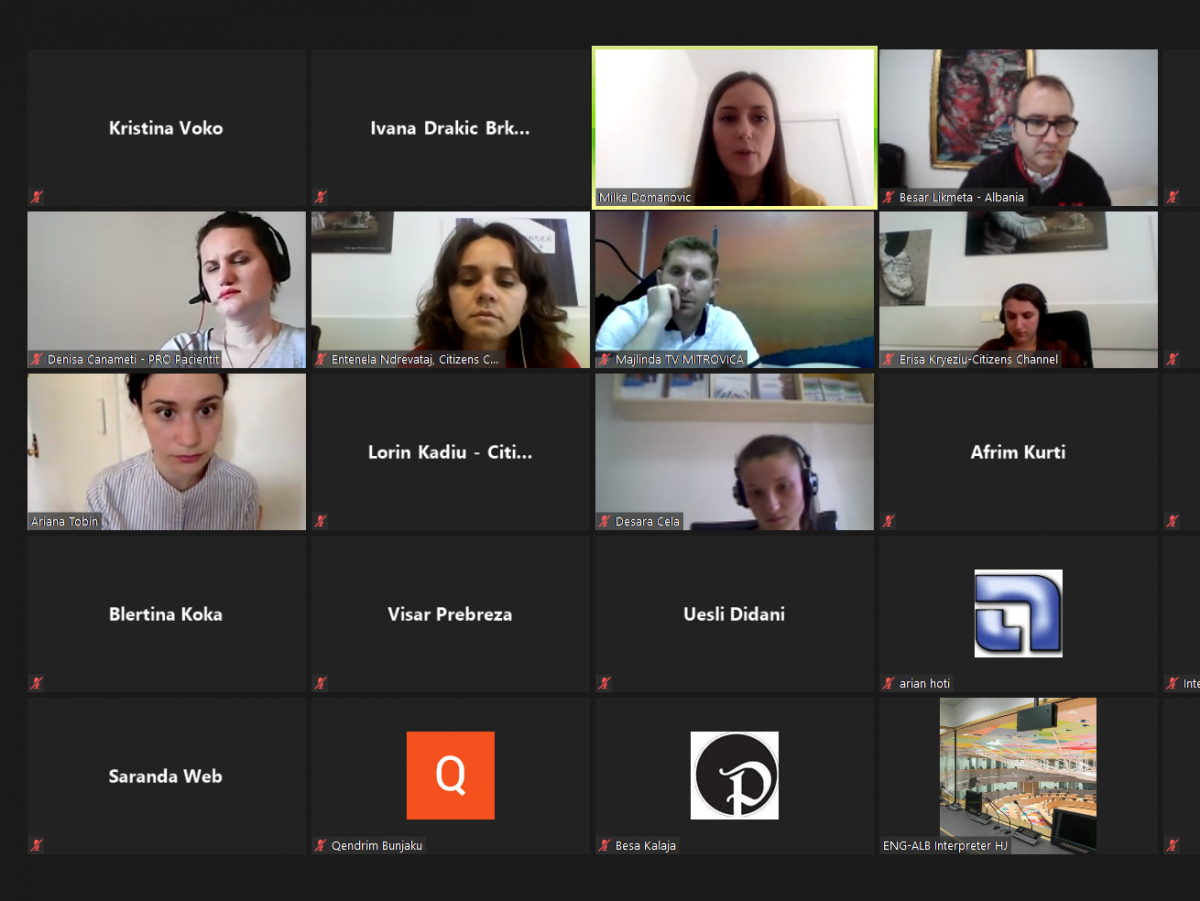 Balkan Investigative Reporting Network, BIRN, organised a series of online workshops and trainings for total of 28 media outlets from Albania, Bosnia and Herzegovina, Kosovo, Montenegro, North Macedonia and Serbia within the regional “Media for All” project.

During three weeks of June more than 100 journalists and editors from mainly local outlets learned about best approaches in engaging citizens, who can share their experiences and knowledge to contribute to more quality journalism.

The training was led by Ariana Tobin, an engagement editor from ProPublica, one of the leading media in engagement journalism globally, closely followed by local trainers, BIRN editors and mentors. Tobin shared her extensive experience in covering topics that require crowdsourcing and the engagement of larger numbers of people willing to share information and testimonials, evidentiary materials, etc.

“We know there are angry, overlooked, and systematically harmed people out there with stories to tell or insights that add up into powerful findings. We mobilize those people and lend journalistic muscle to their stories,” Tobin explained, emphasizing that this approach is not a replacement for traditional methods.

“People can help you with reporting tasks if you give them specific guidance, ask for specific information, or instruct them to share documents… Your journalism should add skills and value and you must verify what you collect,” Tobin insisted.

Sessions with ProPublica editor were followed by workshops led by the BIRNs trainers, who provided local perspective on citizens engagement, building on experience from work with over 20 grantees that started this project last year.

BIRN editors have shared some most successful examples from the entire region published in recent months, under close BIRN mentorship, including stories that engages hundreds or even more than a thousand citizens on topics such as online schooling, environmental protection, urban planning and others.

All the participants in the training have been given access to the Engaged Citizens Reporting, ECR, tool, that BIRN has developed through the Media for All project, implemented by a consortium led by the British Council, along with Thomson Foundation and INTRAC. The tool is now available to a total of 51 media outlets and more than 200 journalists and editors all over the Balkans.