BIRN calls on all relevant institutions, especially the Serbian Interior Ministry and the Prosecutor’s Office, to react urgently to the latest attacks on our editor Slobodan Georgiev. 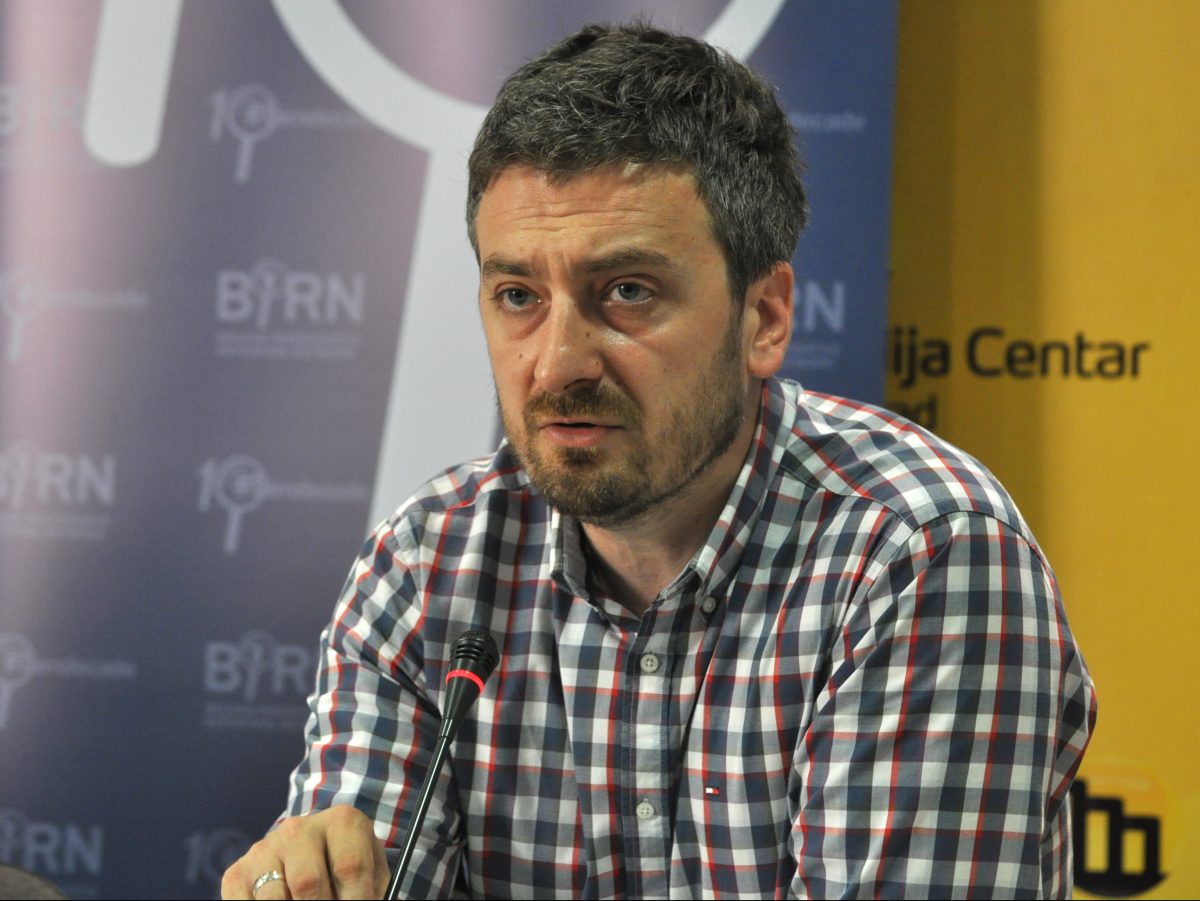 A day after BIRN published photographs pointing to a connection between Andrej Vucic, the brother of the Serbian President, and Zvonko Veselinovic, a notorious businessman from Kosovo, a campaign started on social networks, attacking and threatening both Georgiev and the investigative portals BIRN, CINS and KRIK.

A video recording, available on Twitter from last night, describes Georgiev as a “foreign mercenary”, a “traitor” and as an associate of Albanian and Kosovo politicians.

The footage uses cover pages of the pro-government tabloid Informer, which refer to the “lucrative jobs” BIRN has done for foreign donors. Such slurs have been disproven in court. The same clip also targets CINS and KRIK media outlets.

The background tone of the recording is the alarm siren used during the NATO bombing of Serbia in 1999.

The release of the video has attracted numerous comments that contained insults and threats, some of which have been removed in the meantime.

As has happened before, instead of the dealing with the results and evidence presented by investigative media centres, raising awareness about threats to the rule of law, the fight against the corruption and the work of institutions, attention is being directed to editors and journalists who then become targets of attacks.

This spread of lies and misinformation is creating additional pressure on all journalists who want to work independently and professionally and critically report on the activities of the authorities. It is making them targets.

BIRN would remind the public and the relevant institutions that its editorial team has been almost constantly targeted by pro-regime media and ruling party bots on social networks since 2014.

We point out also that the attacks on Georgiev and BIRN have been reported to the authorities many times – without any concrete action being taken.