A new BIRN report on the state of the media in Serbia notes abuses of funding, lack of pluralism in terms of content, an unclear legislative framework and administrative pressure on independent media as some of the most concerning issues. 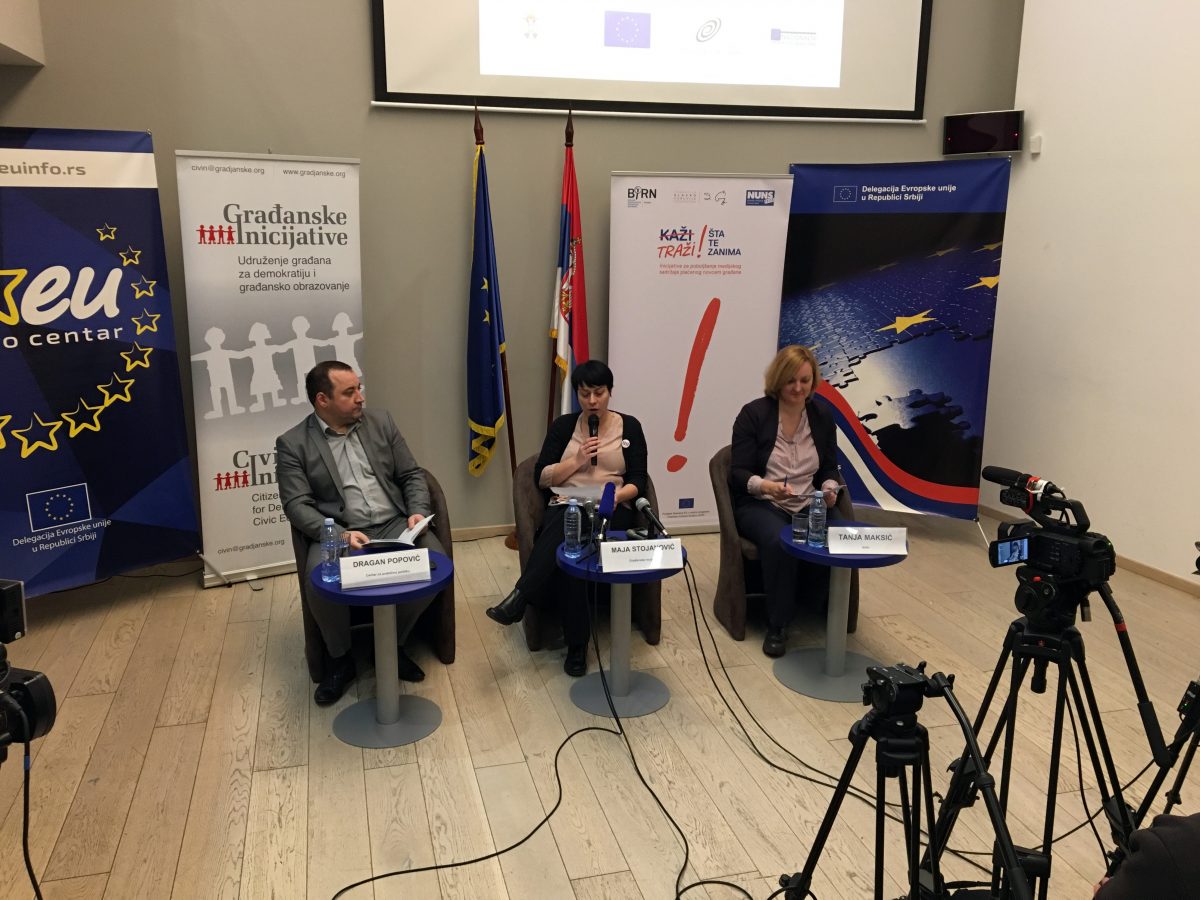 A BIRN report on the media in Serbia, presented on Wednesday, emphasises a decline in freedom of expression and media pluralism, citing an absence of social, political and economic conditions conducive to the development of a professional and sustainable media sector.

“This report focuses primarily on the allocation of state funds in the media sector, as BIRN’s long-term monitoring indicates that this is one of the key preconditions for the economic sustainability of media outlets, and, as such, a powerful instrument of misuse and corruption,” it reads.

According to the report, independent media and journalistic organizations monitoring the allocation of funds reported abuses in the distribution of some 10 million euros in the media sector.

BIRN has submitted the report to the EU Delegation in Serbia as its contribution to the compilation of Serbia’s next European Commission Country Report.

It was produced in partnership with the Independent Journalists’ Association of Serbia and the Slavko Curuvija Foundation, as part of the EU-funded project.

The report says pluralism in terms of media content is largely missing, the media’s legislative framework is not fully implemented and administrative pressure on independent media is increasing.

Significant abuses of funds through project co-financing scheme still persists, and media are often discriminated against because of their editorial policies, it says.

Most of these issues should be deliberated through the Coordination Body, an ad-hoc mechanism established as a dialogue platform between media associations and government.

But the report says the results have been disappointing.

“So far, four monthly meetings were held and the media community submitted 13 requests to governing bodies. The success of this mechanism has yet to be proven, with mild results achieved in the previous period,” it says.

Another issue is the state’s unwillingness to divest itself from ownership in the media sector, the deadline for which expired in October 2015.

Despite this, privatisation process is still not fully finished. The daily newspapers Politika and Vecernje Novosti still function as partly state owned companies, while the news agency Tanjug exists and operates in a legal void, according to the report.