Ahead of former Bosnian Serb military commander Ratko Mladic’s war crimes verdict next week, BIRN has compiled all its reports on the landmark case into a free, downloadable e-book. 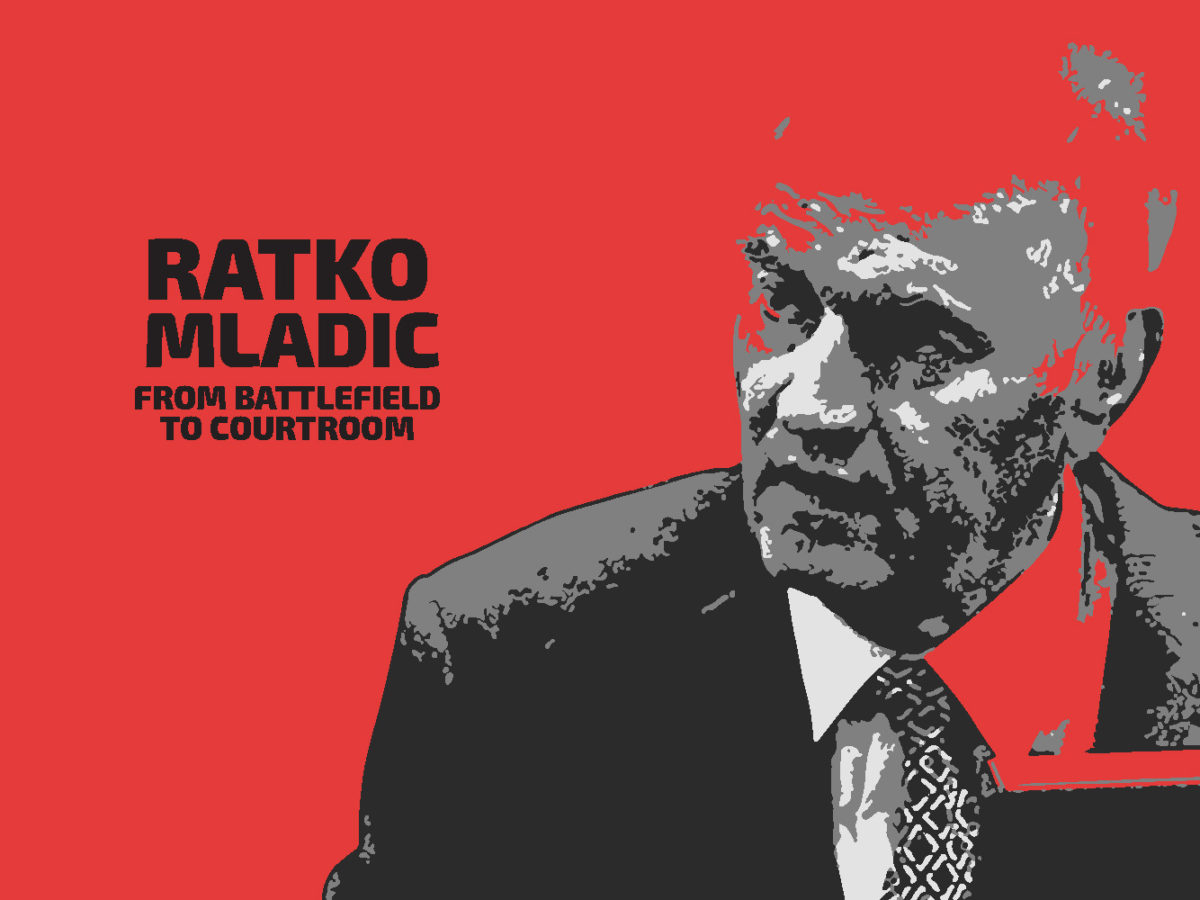 The cover of the e-book.

BIRN published a new e-book on Tuesday entitled ‘Ratko Mladic: From Battlefield to Courtroom’, ahead of the former Bosnian Serb commander’s trial verdict on November 22.

The e-book, which is downloadable free of charge, contains all BIRN’s reports on the case from the point when Mladic was transferred to the International Criminal Tribunal for the Former Yugoslavia in The Hague to face trial to his defence’s recent requests to postpone the verdict on grounds of ill-health.

“Our journalists have following every hearing in their landmark trial over the course of the past six years. We also reported regularly on developments outside of the courtroom that are relevant to the case,” said Marija Ristic, director of BIRN’s transitional justice programme.

“Ahead of the next week’s verdict, we believe this could be a valuable resource for anyone interested in getting all the facts from this important process in one place,” she added.

The e-book contains more than 500 articles and runs to more than 600 pages.

It is the second to be published this month, after BIRN also issued an in-depth e-book containing reports and analyses about the Kosovo Specialist Chambers.

Mladic is charged with the genocide of over 7,000 Bosniak men and boys from Srebrenica in 1995, the persecution of Bosniaks and Croats throughout Bosnia and Herzegovina, which allegedly reached the scale of genocide in several other municipalities in 1992, terrorising the population of besieged Sara­jevo and taking UN peacekeepers hostage.

According to the indictment, he used military force to implement a joint criminal enterprise, spearheaded by the Bosnian Serb political leadership and former president Radovan Karadzic, aimed at creating a Serb-domi­nated state.