On April 30, 2020, BIRN Kosovo broadcast a debate on its “Life in Kosovo” show – on its in-depth investigation, conducted by BIRN Kosovo country director Jeta Xharra and Visar Prebreza, an editor at BIRN. 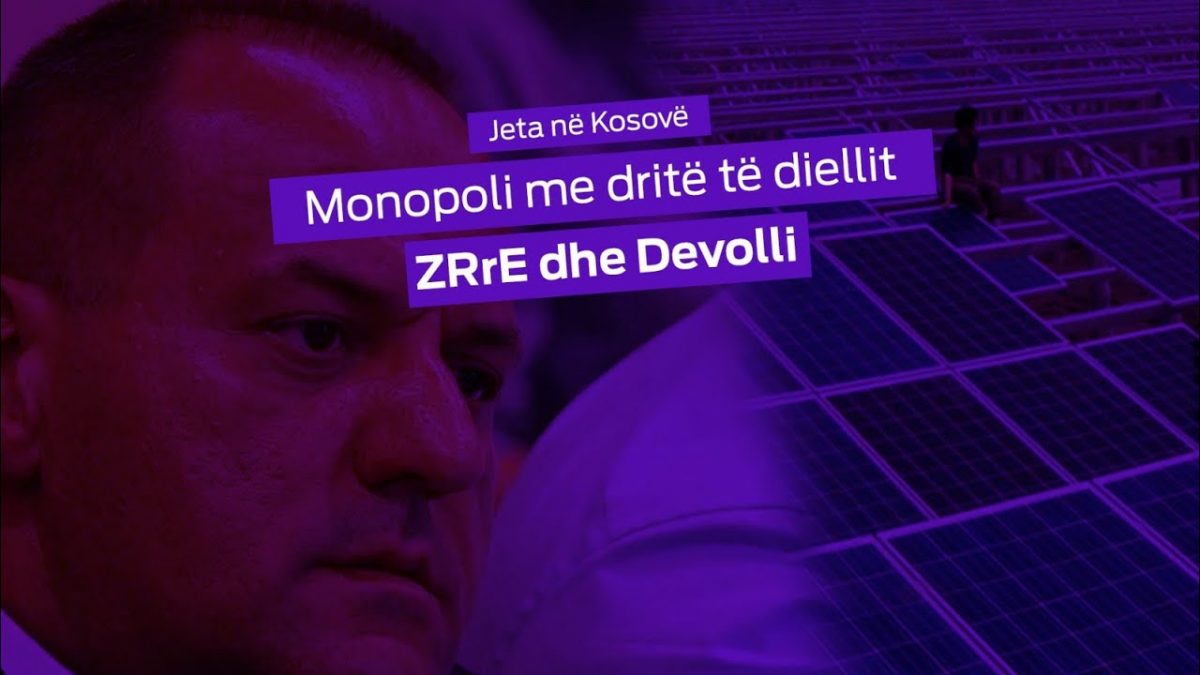 The investigation, titled “Unclean Energy: The Kosovar who would own the sun”, revealed that the near monopoly of a single company on clean energy had violated Kosovo’s anti-monopoly rules.

Blerim Devolli, a businessman in Kosovo behind six companies, stood to gain millions of euros from state-funded incentives in the solar power field.

The rules in Kosovo stipulate that no single investor can produce more than three megawatts, MW, of solar energy.

But the BIRN probe revealed that Devolli stood behind no less than six other companies awarded rights to produce a total of 16.7 MW – more than half of Kosovo’s total solar power production.

Each of these companies would receive a guaranteed price from the state between two and three times higher than the market price.

The decision was made possible thanks to the Energy Regulatory Office, ERO.

But BIRN had uncovered also that an ERO board member, Selman Hoti, had lobbied persistently for these tariffs, and was also a shareholder of an energy company, Electra, which was contracted to install cables at Devolli’s solar park, launched in October 2018.

Electra received the contract before Hoti was appointed to the board of the ERO in March 2018.

After BIRN broadcast the program, Kosovo’s Anti-Corruption Agency began to investigate whether Hoti’s involvement in the scheme constituted a conflict of interest.

After its investigation, BIRN Kosovo sent questions to the Kosovo Competition Authority, KCA, asking whether the rules of open competition had been broken with the setting of the incentive tariffs for an additional 20 MW.

On May 5, 2020, the KCA informed BIRN Kosovo that an investigation had now begun, along with an analysis of the energy market, the second impact of this investigation.

The State Aid Commission, SAC, has also started procedures against ERO decision to set an additional 20 MWs incentive tariff for solar energy – another result of the BIRN investigation.

According the SAC, at its regular meeting, it urged the State Aid Department, DNSH, in the Ministry of Finance and Transfers to ask the ERO to submit all data on the decision on the incentive tariff for the production of 20 additional MWs of solar energy.

The SAC also expressed concern about the evasion of legal obligations by the ERO with the decision it took, and underlined that under Article 11 (1) of the Law on State Aid the aid measure subject to this decision was illegal, as the ERO had not notified the mandated authorities to ascertain compliance with the law.

On May 14, BIRN Kosovo published an article informing readers that, since its investigation, the State Prosecutor had announced that the Special Prosecution would investigate the ERO decision.

On May 19, 2020, the BIRN investigation was discussed at the Commission for Economy, Employment, Trade, Industry, Entrepreneurship and Strategic Investments in the Kosovo Assembly. As a result, an MP, Mimoza Kusari, had said a parliamentary commission of inquiry should be established.

On May 26, 2020, BIRN Kosovo published an article on how Kosovo’s biggest party, Vetevendosje, was demanding a commission of inquiry into the board of ERO, focusing on the issue of solar energy monopolies in Kosovo.

The biggest result of all of this investigation came on November 27, when the SAC deemed the ERO decision that had allowed companies to benefit from state-funded incentive tariffs in solar energy illegal. That decision obliged ERO to halt further implementation of the scheme.

Lastly, in November, the BIRN team was awarded the 2020 Prize for Economic Journalism awarded by the Association of Journalists of Kosovo.