In its 2020 Investment Climate report on Kosovo, the US State Department has listed BIRN and its executive director Jeta Xharra as a useful resource for reporting corruption. 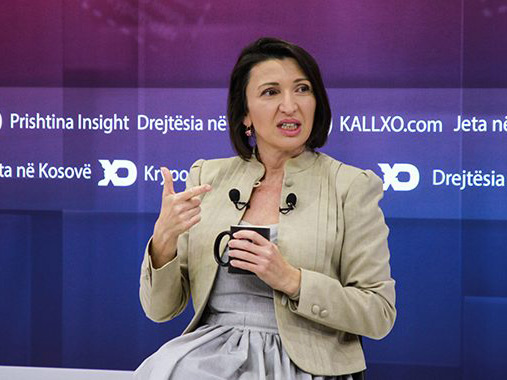 The report states that “opinion polls attest to the public perception that corruption is widespread in public procurement, and local and international businesses regularly cite corruption, especially in the form of political interference, as one of Kosovo’s largest obstacles to attracting investment.”

The State Department emphasizes that Kosovo has adopted strong legislation to fight corruption, but that successive governments have so far been unsuccessful in its efforts to investigate, prosecute, imprison and confiscate the assets of corrupt individuals.

However, the report does cite the work of the previous government headed by former prime minister Albin Kurti in the fight against corruption, referencing the dismissal of boards of public enterprises due to mismanagement.

“The Kurti government, which started its mandate in February 2020, but fell in March 2020, took a number of concrete steps to combat corruption and political interference, but given its short tenure was not able to institutionalize all of its measures and change the perception of political interference in public administration and the judicial system,” the report states.

The US State Department lists the Anti-Corruption Agency and the Office of the Auditor General as government agencies mandated to fight corruption, and states that the country’s laws protect NGOs investigating corruption.

This article was originally published by Prishtina Insight.