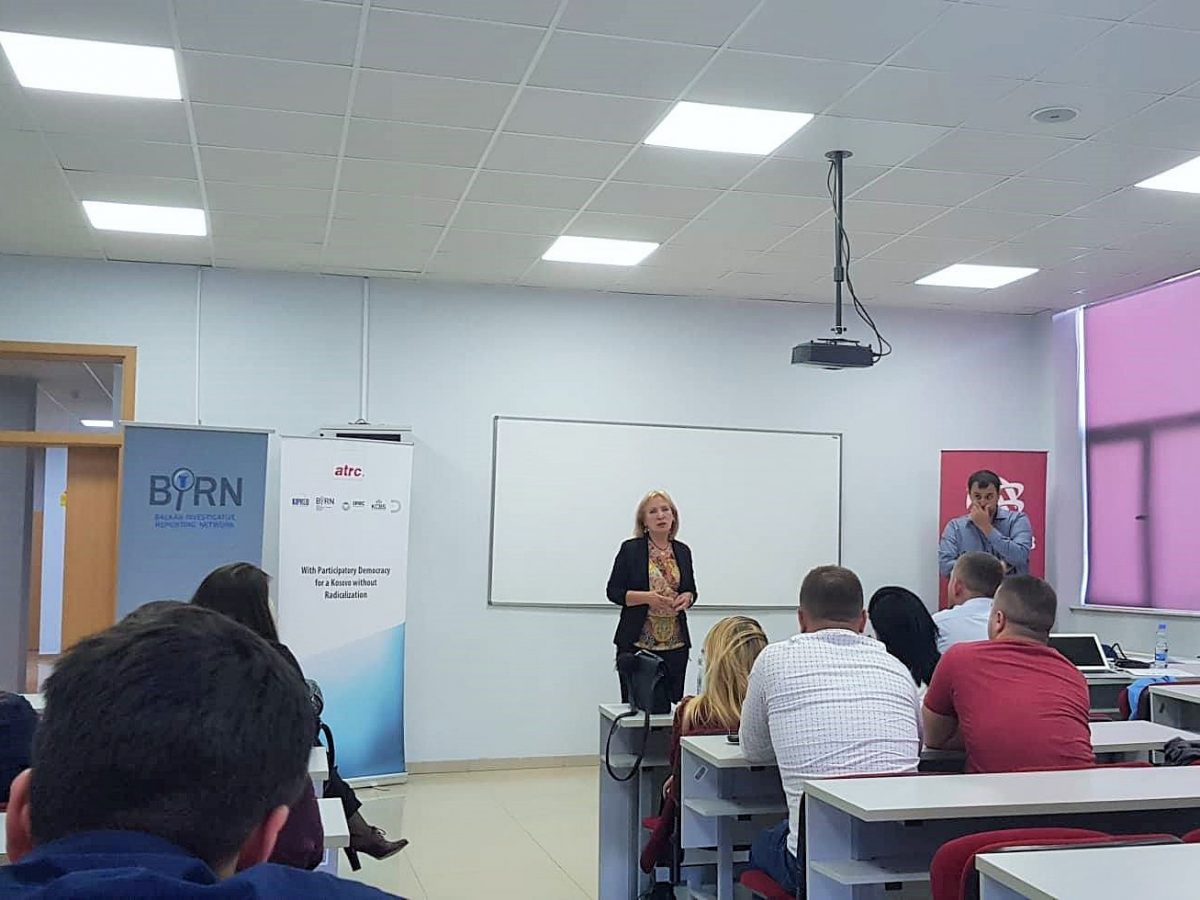 Key speakers were Drita Hajdari, prosecutor at the Kosovo Special Prosecution, and Kreshnik Gashi, editor of the TV programme, Justice in Kosovo. It was held at AAB College in Ferizaj.

The course aimed to give students the opportunity to discuss cases in which young people from Kosovo were involved in terrorism and terrorist groups, as well as to find out how to prevent radicalisation.

Hajdari and Gashi engaged in an in-depth conversation with the participants and addressed questions on terrorism in Kosovo and methods of reporting cases of terrorism.

Hajdari said that the prosecution, within the framework of the national strategy on the prevention of violent extremism and radicalisation that leads to terrorism, is doing a lot of work on countering terrorism.

She called for a greater cooperation from young people in reporting suspected cases of radicalisaton.

Gashi said that the media in Kosovo is doing its best in reporting cases through investigations. He also noted that the impact of media in combating terrorism is crucial, so outlets must take care not to publish unreliable or false news that misinforms the population.

This course was organised as part of the project ‘With Participatory Democracy for a Kosovo without Radicalization’, funded by the Global Community Engagement and Resilience Fund, GCERF.