On December 9, BIRN Kosovo held the fifth in its series of debates on the findings of its audit monitoring project, which analyzes reports on Kosovo municipalities published by the National Audit Office, NAO. 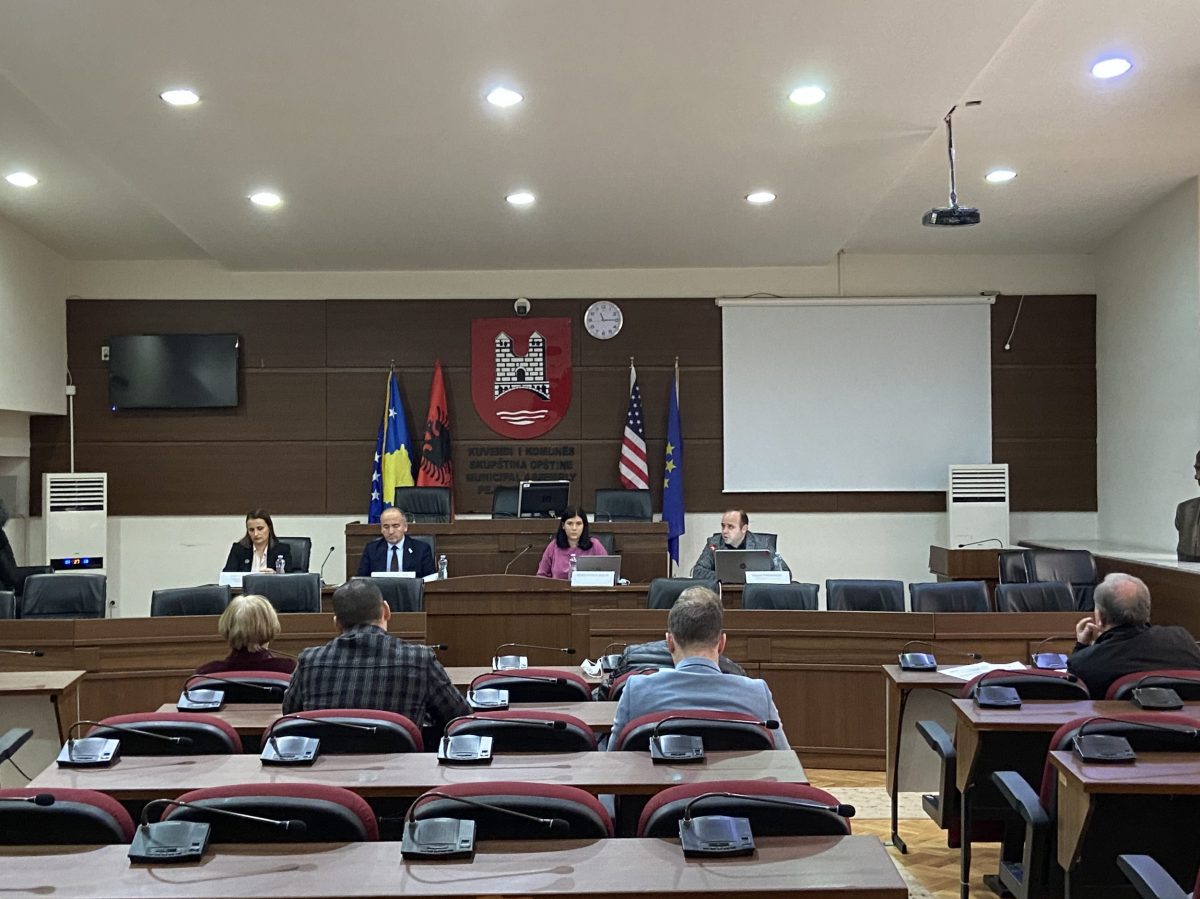 The debate was held in the municipality of Peja/Pec, with the results of BIRN’s monitoring and analysis discussed.

Due to circumstances caused by COVID-19, the debate was followed by a limited number of participants from the municipality, the NAO and civil society. It was streamed live on BIRN’s anti-corruption platform KALLXO.com.

KALLXO.com’s Managing Editor, Visar Prebreza, gave a brief presentation on the project findings, stating that the municipality had made progress in some fields, but there were still weaknesses in others.

“We did this two years ago and analyzed the findings, presented the analysis and published four audit reports,” Prebreza recalled.  “The aim was to identify weaknesses that were appearing in certain areas,” he added.

Gazmend Muhaxheri, Mayor of Peja/Pec, defended budget planning at the municipality, and pledged that 50 per cent of the recommendations of the auditors would soon be implemented.

“We never got budget planning wrong,” he said, adding that the municipality always set its budget categories correctly, and had not paid for items that were not planned.

Emine Fazliu, Assistant Auditor General at the NAO, outlined the advantages and disadvantages that Peja/Pec has in terms of financial management.

“The Municipality of Peja for 2019 realised 97 per cent of the final budget, it is a good level; if we compare it with last year, there is a reduction of 1 per cent,” she said.

“However, the municipality has weaknesses in managing expenditures, especially those made through procurement.”

Alongside providing an avenue to discuss the implementation of NAO recommendations, the debates have given BIRN the opportunity to record the promises made both by NAO officials and by the Municipality of Peja/Pec, which can later be followed up through KALLXO.com’s fact-checking platform, Krypometer.

The debate was organised within the framework of the “Support civil society to increase public oversight and accountability of Kosovo public institutions” project.

This is funded by the British Embassy in Pristina. This specific activity is organised as part of the component looking into the compliance of targeted institutions with recommendations from the Auditor General’s reports.