Seventeen journalists from local media in Pristina took part in a training session on reporting on cases of violent extremism on December 10, organised by BIRN Kosovo and held at the Student Centre in Kosovo’s capital. 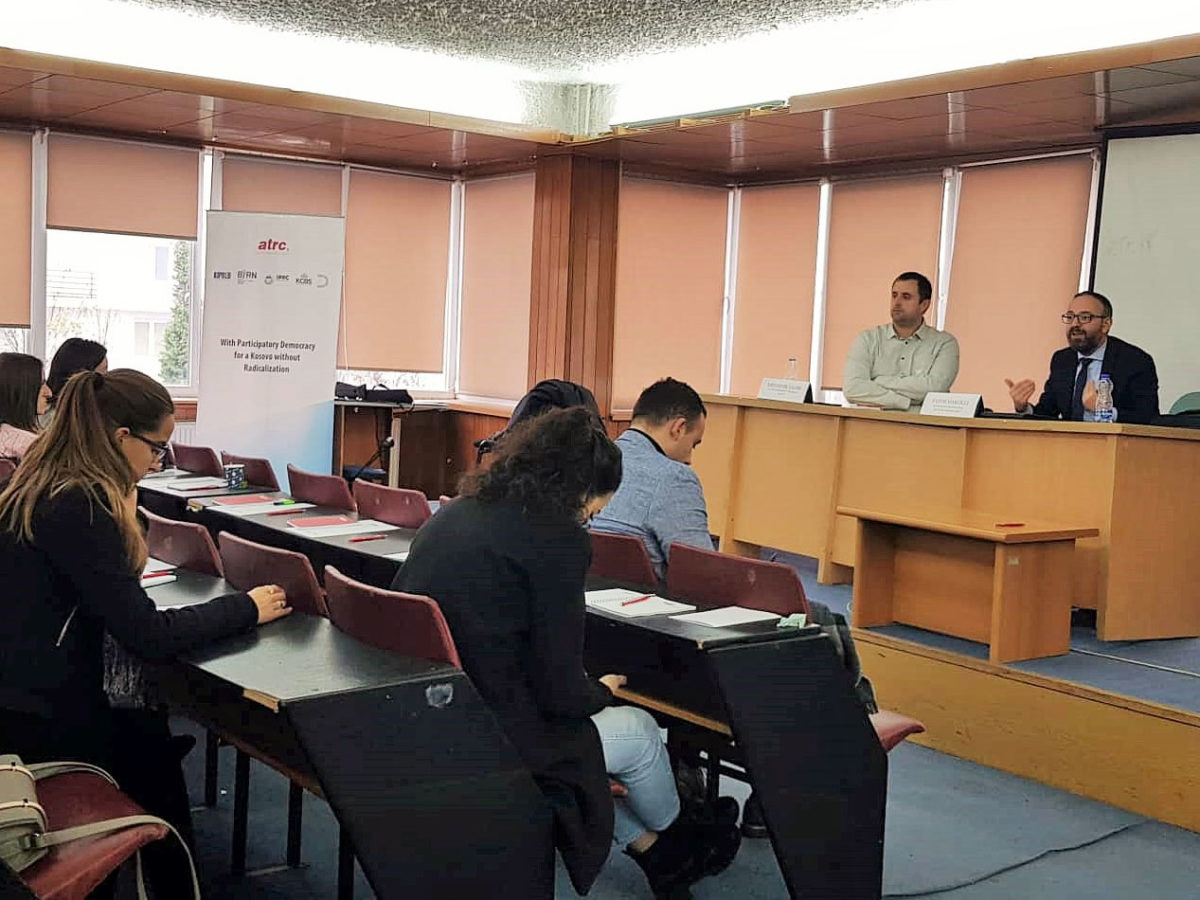 The training was divided into two sessions; one was held by Kosovo’s Counterterrorism National Coordinator, Fatos Makolli, while the second session was hosted by Kreshnik Gashi, anchor of BIRN Kosovo’s ‘Justice in Kosovo’ TV show.

Makolli outlined how radical Islamic ideology spread in Kosovo, the role of the Kosovo government and civil society in reintegrating returnees from the Middle Eastern conflict zone, and the importance of the media in responsibly reporting cases of violent extremism.

He suggested that the media must continue to work with institutions, not just to receive information and share it, but to be a partner. Makolli also briefly described the failure of international organisations in tackling the issue of radicalisation, blaming it on a preoccupation with inter-ethnic issues.

According to Makolli, the most successful project for countering violent extremism was Kosovo’s membership of UEFA and FIFA, as it offered a new perspective for the youth of Kosovo. For Makolli, preventing radicalisation means promoting values which include tolerance and diversity.

Gashi engaged in a more in-depth conversation with the participants and provided them with techniques for reporting cases of violent extremism correctly and precisely, while protecting the public and without causing unnecessary public fear and trauma.

He pointed out that reporting should not, in any situation, contain unreliable or false news which misinforms the public.

This training was organised as part of the ‘For a Resilient Community’ project, funded by the Global Community Engagement and Resilience Fund, GCERF.