Haris Rovcanin, a journalist with BIRN Bosnia and Herzegovina, has been shortlisted for the Fetisov Journalism Awards in the ‘Outstanding Contribution to Peace’ category. 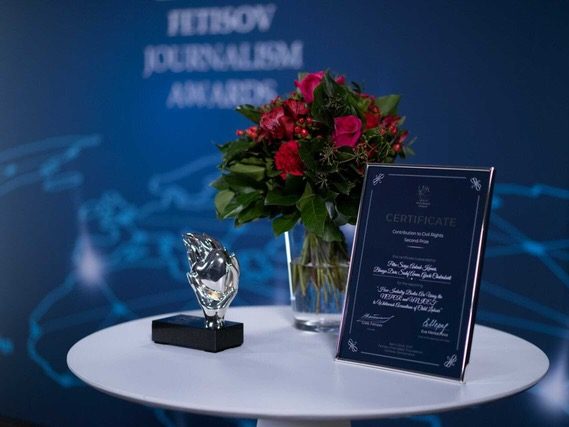 Four articles written by Haris Rovcanin for BIRN Bosnia and Herzegovina, two of which were co-written by Albina Sorguc, have been shortlisted in the ‘Outstanding Contribution to Peace’ category of this year’s Fetisov Journalism Awards.

They also include a feature, 28 Years on, Families still Searching for Missing Bosnian Soldiers and an analysis piece, BIRN Fact Check: Is the Bosnian Serb Report on the Sarajevo Siege Accurate?

The annual Fetisov Journalism Awards aim to promote “universal human values such as honesty, justice, courage and nobility through the example of outstanding journalists from all over the world”.

Other nominees in the same category as Rovcanin include Swedish-Syrian duo Ali Al Ibrahim and Khalifa Al Khuder’s story ‘Syria’s Sinister Yet Lucrative Trade in Dead Bodies’, Nigerian journalist Kalopo Olapojua’s series of stories ‘Conflict in a Pandemic’, Spanish journalist Marga Zambrana’s article ‘Uyghur Refugees Speak Out Against Genocide and Crimes Against Humanity’ and Olatunji Ololade from Nigeria for the piece ‘The Boys Who Swapped Football for Bullets’.

The ‘Outstanding Contribution to Peace’ category recognises publications on anti-war topics that have made an important contribution to peace-making.

The three other categories in the awards are ‘Contribution to Civil Rights’, ‘Outstanding Investigative Reporting’ and ‘Excellence in Environmental Journalism’. This year, just under 400 entries from 80 countries were submitted.

Three winners will be announced in each of the categories in February, while the awards ceremony will take place in Switzerland in April

Former BIRN Bosnia and Herzegovina journalist Sorguc was also shortlisted alongside Emina Dizdarevic for the Fetisov awards in 2019 in the ‘Outstanding Contribution to Peace category with a series of articles on war crimes and transitional justice.