No explanation has been given why BIRN and other media outlets were denied accreditation to cover the rally held in Sarajevo by Turkish President Recep Tayyip Erdogan. 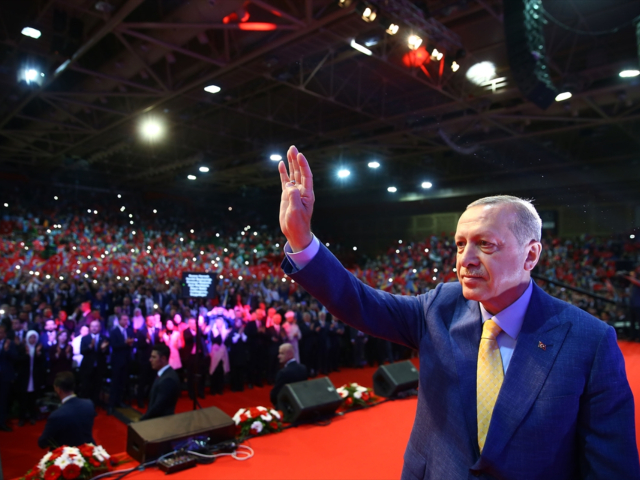 The Turkish embassy in Bosnia and the Union of European Turkish Democrats, UETD – which organised the sixth assembly meeting of the UETD in Sarajevo – have yet to explain why BIRN and some other media outlets were denied permission to cover Sunday’s event at which the Turkish President was the star.

BIRN and several other media outlets were not given accreditation to cover the mass rally in support of President Recep Tayyip Erdogan.

BIRN first contacted organisers seeking accreditation on May 7, the same day the UETD said that press accreditation would be needed.

After receiving additional information on the documents journalists must submit, BIRN sent accreditation requests using the email address provided by the UETD for three of its journalists on May 8, and an additional request for one more of its reporters six days later.

BIRN delivered the complete documentation for all four journalists to the organisers by May 14.

The UETD confirmed on the same day that it had received all the documentation needed and would inform BIRN about the next steps.

However, no further email with information about where or how to get accreditation was ever received.

Contacted again by BIRN ahead of the rally, Ezgi Aslan, the UETD Secretary General’s Executive Assistant, responded by email on May 19, saying that “there were apparently small communication disruptions. You can now contact the same address again,” adding that “our colleagues will contact you as soon as possible.”

However, Lemija Demirbas, who was in charge of press accreditation, told a BIRN correspondent in Sarajevo on Sunday” “You are not on the list and this list is approved by the government …  and the embassy of Turkey,” leaving him unable to report from the rally.

Michael Colborne, a freelance journalist from Canada, had the same experience and told BIRN that it was never clear who was in charge of accreditations.

Bosnia’s Journalists’ Association has not made any official comment about this situation since, as it explained in a statement to BIRN, Bosnian institutions were not in charge of the event.

Neither the Turkish embassy nor the UETD and UEBD had responded to BIRN’s further inquiries by the time of publication.

The UETD’s headquarters is in Cologne, home to one of the biggest Turkish communities in Germany, and the organisation is close to Erdogan.

It has branches in other European cities with significant Turkish populations, and recently established a sister lobby organisation in Bosnia, the Union of European Balkan Democrats, UEBD.

Zafer Sirakaya, president of the UETD, earlier told BIRN that his organisation was an NGO and has no direct links to Erdogan or his party – but conceded that a bond of love existed between the UETD and the Turkish President.