After BIRN Serbia published a series of investigations since 2016 about problems with the transparency of the finances of the Belgrade Business School higher education institution and the accreditation of its numerous branches around Serbia, the Commission for Accreditation and Quality Control announced a review of procedures for accreditations. Several other media outlets also got involved in covering the issue. As a result, the school was merged with another education institution, its finances probed, one of its directors sacked, and another ended up in jail. 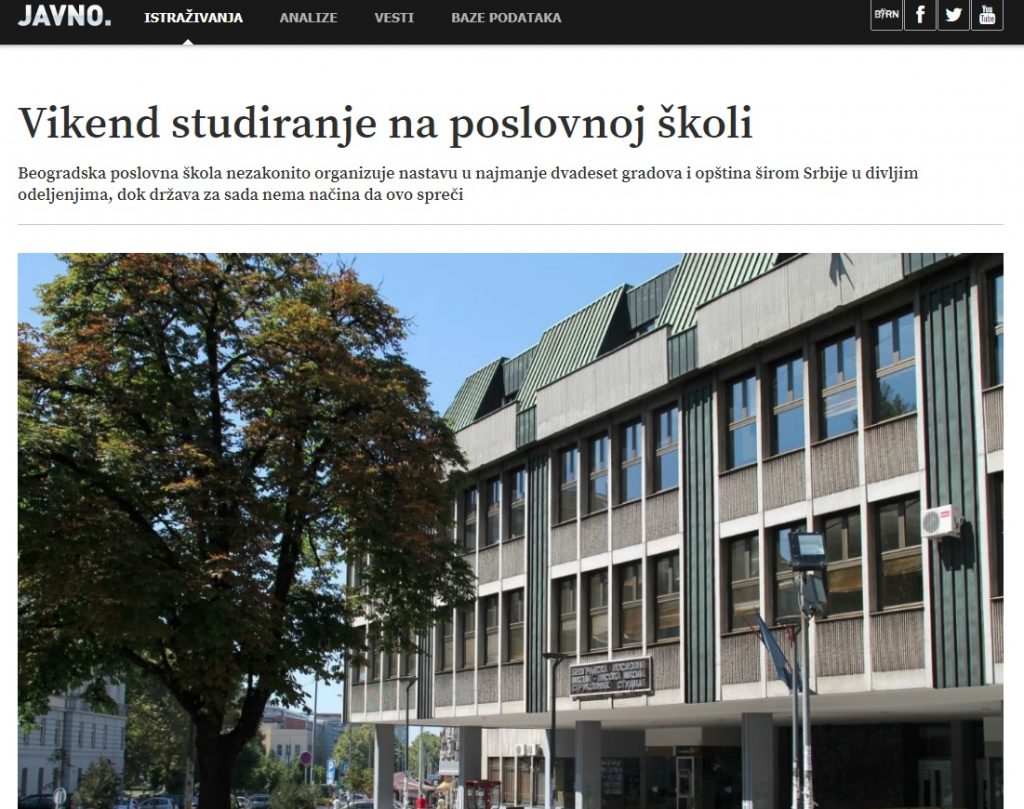 BIRN Serbia’s Participative Budgeting programme was implemented in 10 Serbian municipalities, with the results incorporated in budget laws for 2016. More than 16,000 citizens directly participated in the process of budgeting through structured pre-budget consultations. The overall goal was to provide mechanisms for public participation in decision-making. The majority of local councils involved in the project expressed readiness to continue with the practice of including citizens in the budgeting process. Seven local councils also carried out consultations for budgets of 2017, with assistance of local civil society organisations and BIRN. 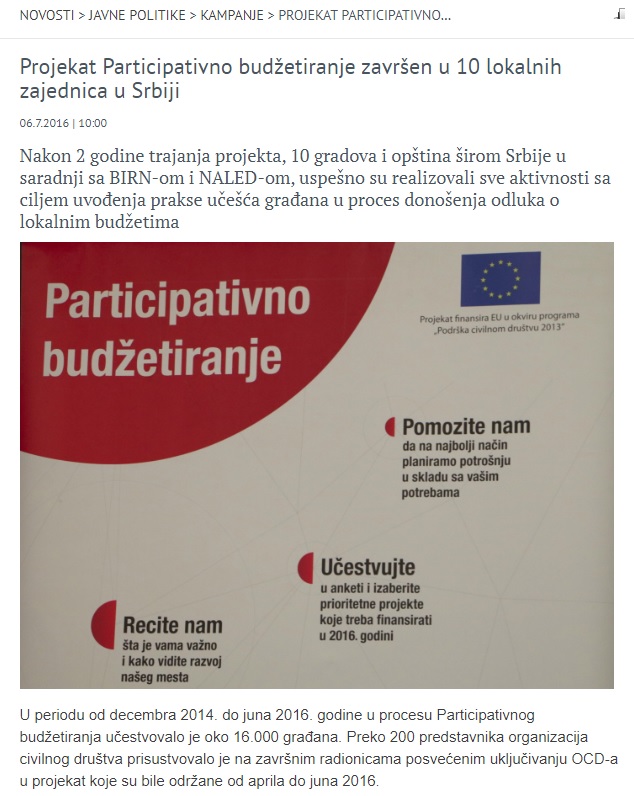 More about this project:

BIRN Albania published an investigation on Ministry of Transportation plans to award a local company a concessionary agreement for new car licence plates for a price of 95 million euro and a period of 35 years. The new plates would cost every driver 48 euros. Following the publication of the story, which led to public uproar, the plan was scrapped. 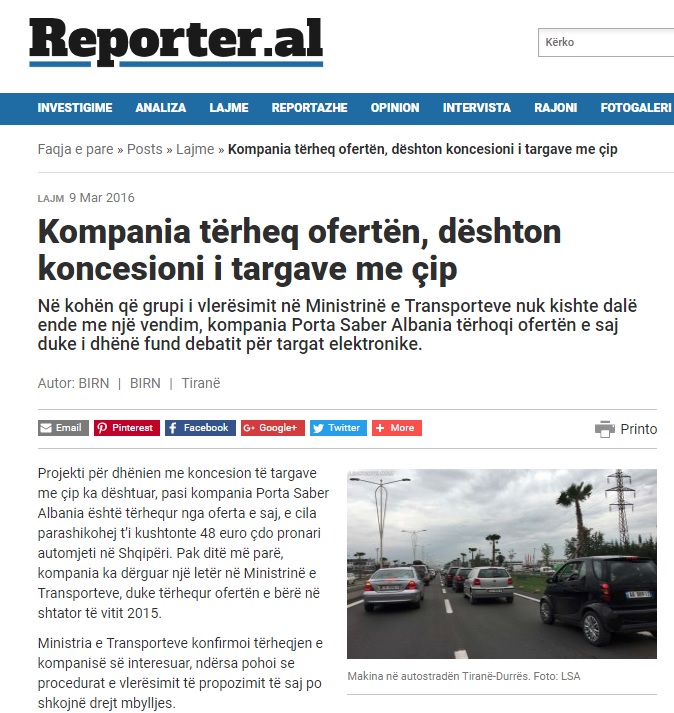 After BIRN Albania published an investigation that revealed that Albania planned to lease an arms factory in the southern town of Polican to a Bulgarian company linked previously with organised crime, the plan was scrapped and the Economy Ministry promised to probe the allegations. 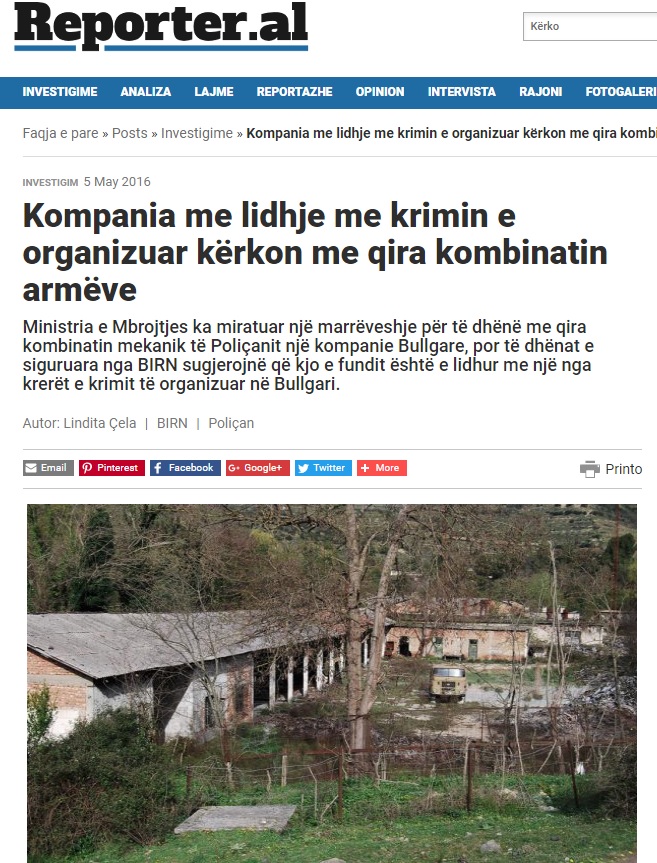 On January 31 and February 3 2016, BIRN Albania published two investigations about a Ministry of Finance plan to awards a concession for the management of value added tax to a Hong Kong-based company for an estimated 110 million euros. After the BIRN investigations revealed that the project was tied to a shell company in the Cayman Islands and a local company – whose owner was in business with the brother of Prime Minister Edi Rama – the project was scraped. 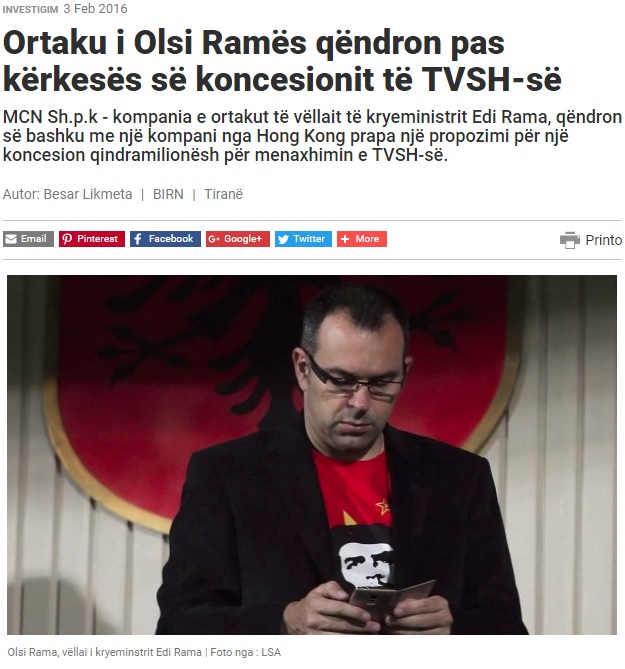 A Balkan Fellowship for Journalistic Excellence alumna from 2015, Laura Stefanut from Romania, who reported on garment factories in Romania and Bulgaria involved in illegal practices which do not comply with the labour laws, was sued by one of the factories after revealing how the workers were exploited. 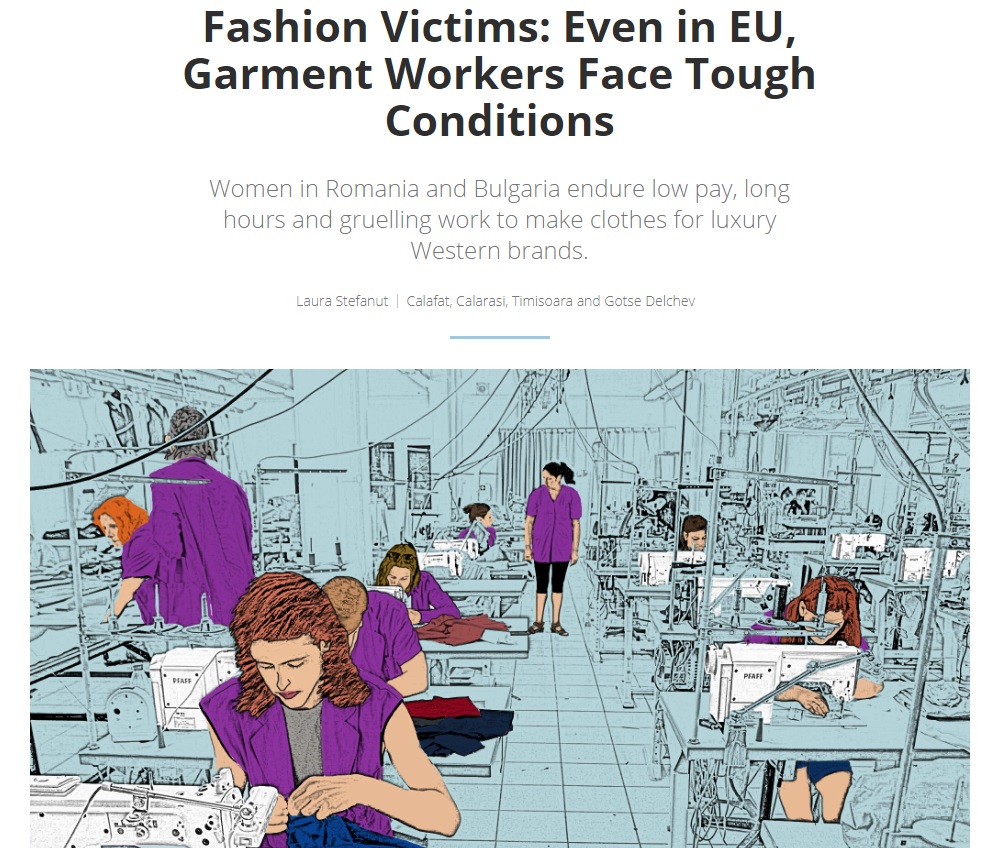 After supplying evidence to the court, with the full support of the BFJE team and a campaign launched by media groups and organisations for the protection of labour rights, the lawsuit was withdrawn. Based on Stefanut’s investigation, the Labour Inspectorate issued three fines to the factory mentioned in the story. More about this case: 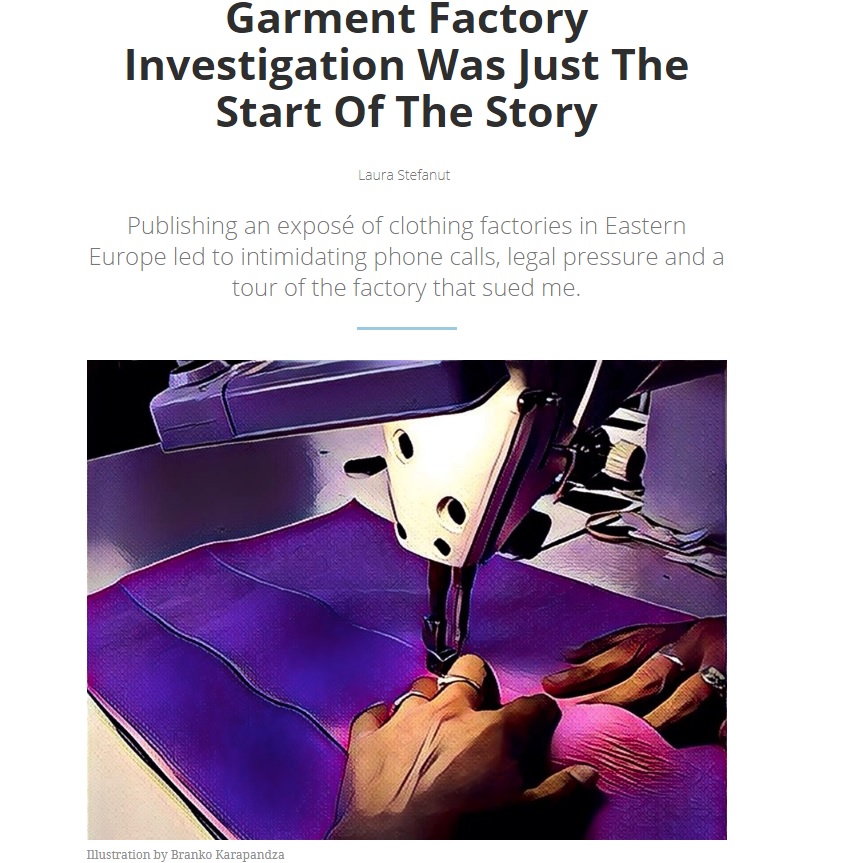 Garment Factory Investigation Was Just The Start Of The Story

Weapons investigations produced as part of BIRN Hub’s and BIRN Kosovo’s project A Paper Trail to Better Governance provoked significant reactions in the region and beyond. They also sparked reactions from heads of states and foreign ministers in Serbia, Bulgaria and Montenegro and from arms companies. The EU’s diplomatic service said it was looking into the findings of the BIRN and OCCRP investigation into how Central and Eastern Europe weapons are flooding the battlefields of Syria. 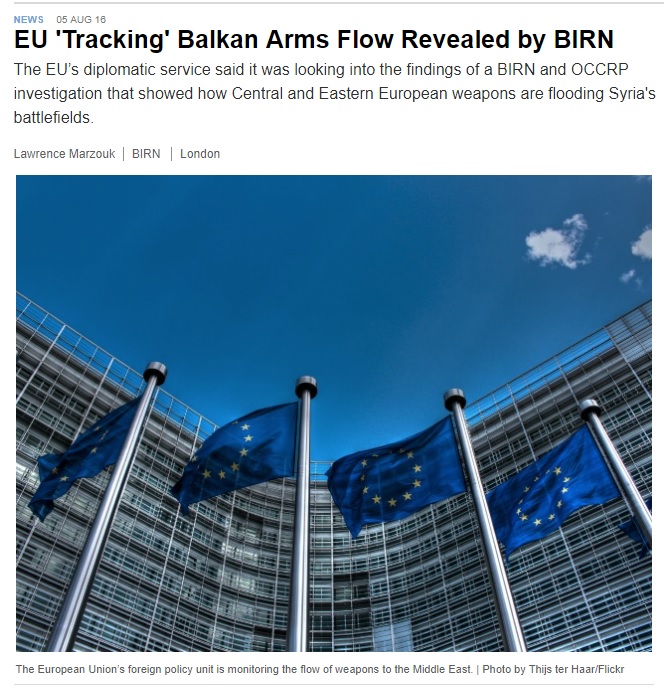 The opposition in Germany questioned Berlin’s role in the Middle East arms trade following the reports. Civil society organisations working in the same field also expressed interest in BIRN’s investigations, getting in contact to exchange information. The facts revealed by BIRN helped other stakeholders to fulfil their watchdog mission and continue to hold governments accountable.

After BIRN Kosovo’s publication Kallxo.com reported in November 2016 about several villas that had been built in a national park where the state had publicly pledged to protect mountains, a criminal complaint was filed to the police on behalf of the residents of the village near the national park. 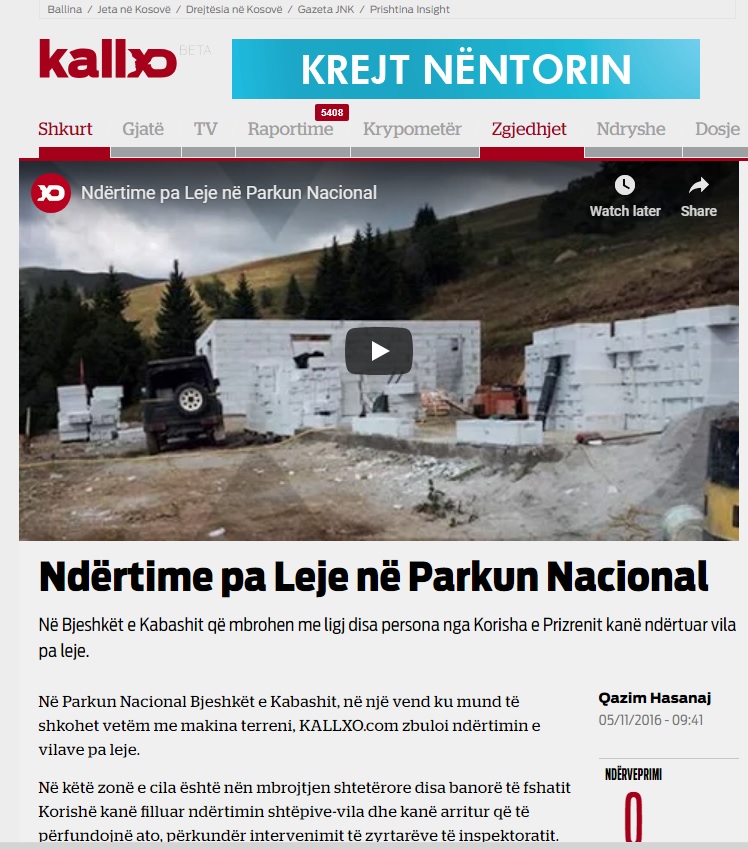 At the beginning of 2019 the Basic Prosecution in Prizren notified BIRN that the mentioned case is still being worked on and that the prosecutor authorized the Police to undertake necessary actions. 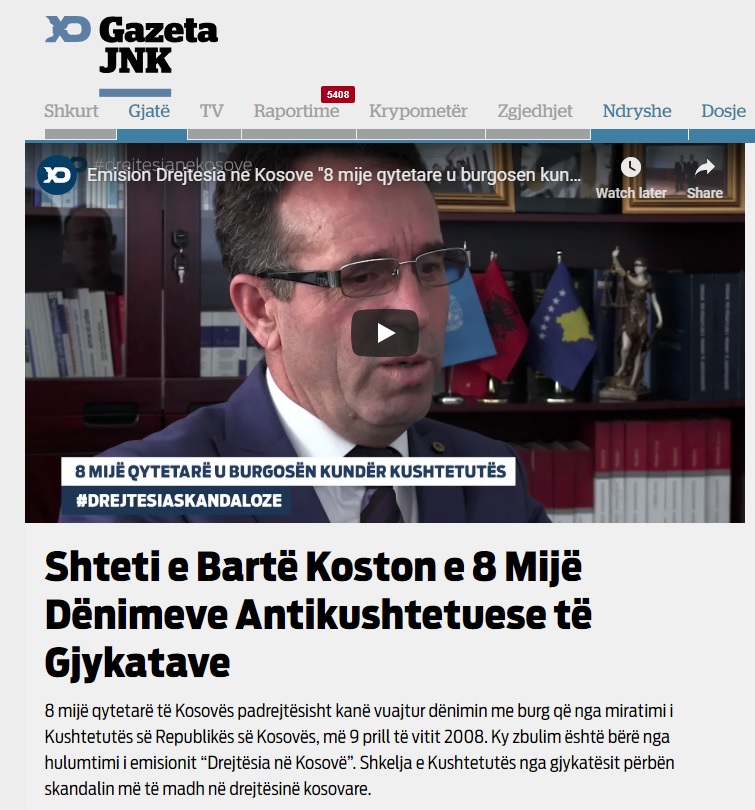 BIRN Kosovo organised a number of public debates in municipalities around Kosovo, which in several cases brought tangible changes to the lives of people in these communities afterwards. 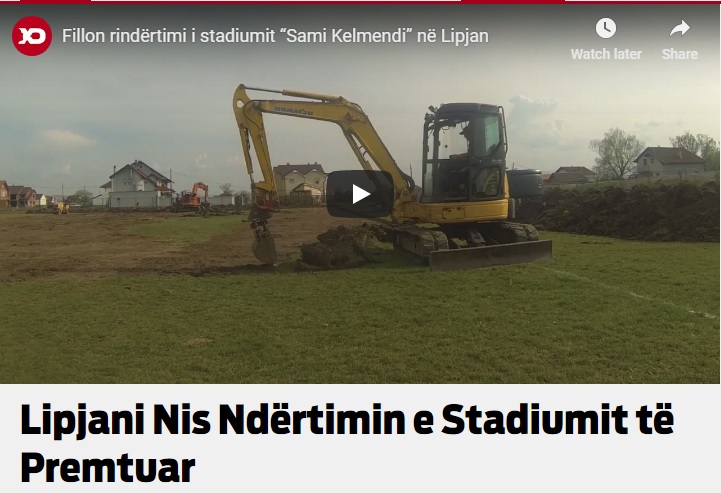 More about these cases: